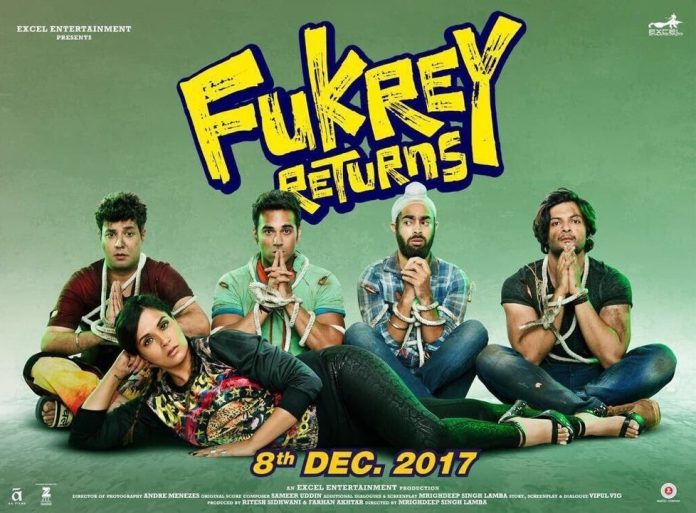 Fukrey had managed to make the audience laugh and thus the makers decided to make a sequel. After releasing a couple of posters, the teaser of Fukrey Returns has been released.

The teaser has shown ChooCha played by Varun Sharma, who strikes again with his predictions and Déjà Choo (Deja Vu) like he describes and some hilarious one liners. Richa Chadda, who plays Bholi Panjaban, has come out of the jail and is once again ready to give a new task to the boys. The film also stars Varun Sharma, Pulkit Samrat, Manjot Singh, Ali Fazal, Priya Anand and Pankaj Tripathi.

Fukrey Returns is directed by Mrighdeep Singh Lamba and is produced by Farhan Akhtar and Ritesh Sidhwani. The sequel is surely going to be a laugh riot for the audience. The best part is that the sequel stars the original cast and Lamba has again donned the hat of the director. The makers began filming in August 2016 and was announced in January 2016.

The first part became a hit despite the fact that it did not have any big names from the industry. Going by the teaser, the audience cannot wait for the release. The film is ready to be released on December 8, 2017.