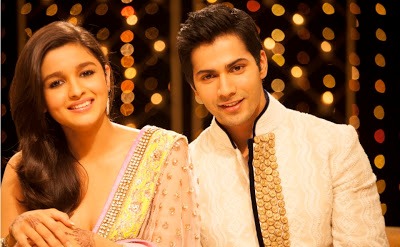 Bollywood actors Alia Bhatt and Varun Dhawan have made a sensation on the silver screen with their super cool performances in the movie ‘Student Of The Year’. Now, the onscreen couple is once again set to entertain their audience with another Karan Johar’s flick.

The upcoming KJo movie will be directed by a debutant and sources from the production unit revealed that the makers will begin shooting the movie very soon and it will be scheduled for a June 27, 2014 release. Meanwhile, Alia is busy with other films at the moment, such as ‘Highway’ and ‘Two States’.

Bhatt is reportedly also a favorite for Anurag Kashyap’s upcoming project ‘Jagga Jasoos’. However, for the audience and fans, it will be interesting to see her once again with the handsome hunk Varun and the two are reportedly dating off screen.

Earlier, the actress was linked to Varun’s childhood friend and fellow actor Arjun Kapoor. The two are working together in the movie ‘Two States’ and they have already been spotted together. For Bhatt, her first role was a child artist in the movie ‘Sangharsh’ which starred Akshay Kumar and Preity Zinta. In the movie, Alia played the role of a young Preity Zinta.