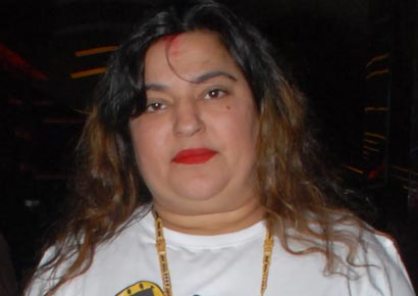 Controversial TV actress Dolly Bindra – who shot to fame thanks to her wild stint in the reality show Bigg Boss – was recently threatened by an unidentified person. Bindra was driving in her car when she was stopped by a stranger at Bhagat Singh area in Mumbai and introduced himself as a high profile personality.

While the actress was talking to the unknown man, things heated up and he threatened her with dire consequences and pulled out a gun from his pocket. Luckily, the man fled the scene as soon as Dolly started shouting. After the incident, the actress filed a complaint at the Oshiwara Police station and narrated the incident to the police.

Bindra managed to write down the man’s vehicle number and the police announced the number on its wireless network, soon after which he was arrested. During an investigation by the police, it was found that the weapon which looked like a gun, was in fact, a lighter shaped like a gun.

However, this is not the first time that the actress received a threat. Earlier, Bindra was threatened over a phone by an unidentified caller in January 2013. Dolly has always been in the news for her loud personality on screen. Her stint in Bigg Boss made her popular due to her fights with various contestants in the house.