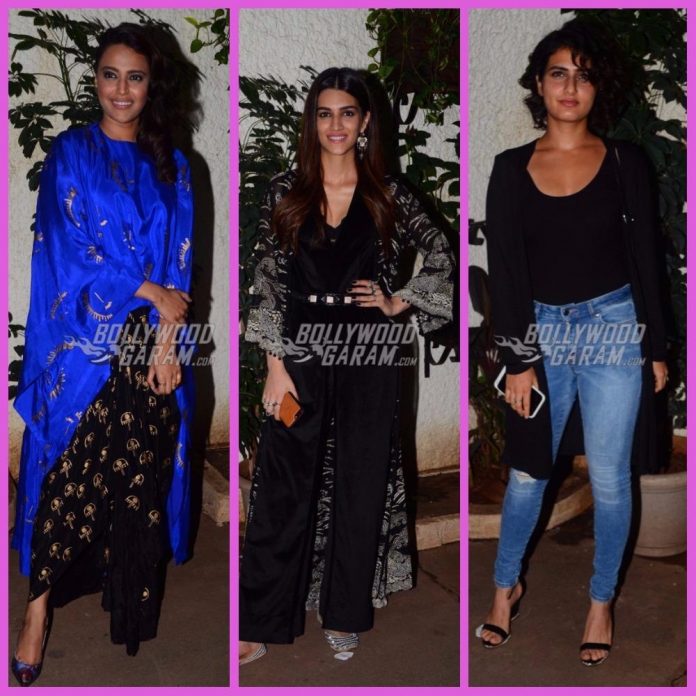 Bareilly Ki Barfi stars Kriti, Ayushmann and Rajkummar and is directed by Ashwiny Iyer Tiwari. The flick  is ready to be released on August 18, 2017. The upcoming romantic comedy also stars Pankaj Tripathi and Seema Bhargava.

Ayushmann arrived with his wife Tahira for the screening event and the couple looked great as they smiled and posed for the shutterbugs.