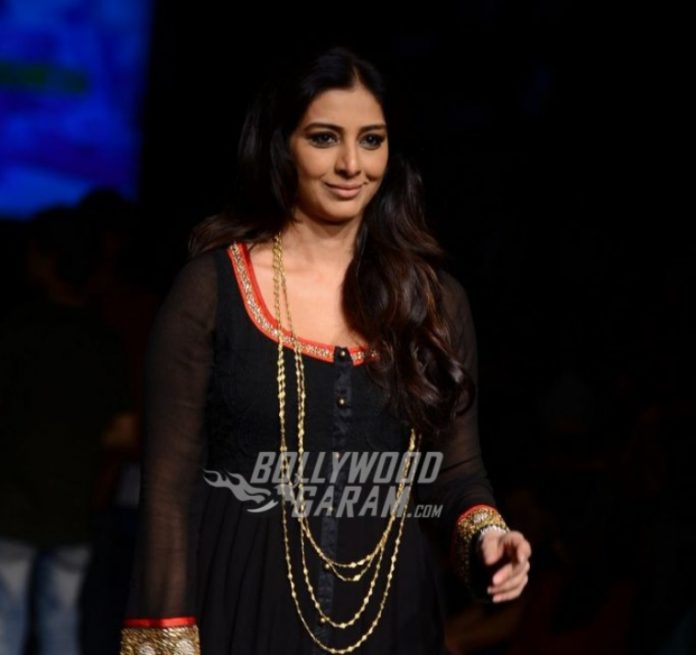 The Haider actress will be seen playing herself in the upcoming biopic which is yet to get a title. A report from a leading daily has said that Tabu will be seen at an award function while she presents the best actor in comic role award to Ranbir Kapoor, who will be playing Sanjay Dutt. Dutt had won the award for his role in the blockbuster flick Munna Bhai MBBS in 2004 and Tabu had then presented the trophy to the Khalnayak actor. The report has further added that the actress will be seen wearing the same outfit that she had worn during the awards ceremony.
Sanjay and Tabu worked together in the film Sarhad Paar in 2006 and since then they have been good friends. The Chandni Bar actress had a good conversation with director Rajkumar Hirani over the past memories and shared how nostalgic Sanjay was while receiving the award.
On the work front, Tabu will be seen in the upcoming film Golmaal Again by director Rohit Shetty. The film is the next installment in the Golmaal series and also stars Ajay Devgn, Arshad Warsi, Tusshar Kapoor, Parineeti Chopra, Kunal Khemu and Shreyas Talpade. Golmaal Again is due to be released in theatres during Christmas 2017.

The Drishyam actress was last seen in the film Fitoor which also starred Katrina Kaif and Aditya Roy Kapur. The film failed to pick up at the box office.