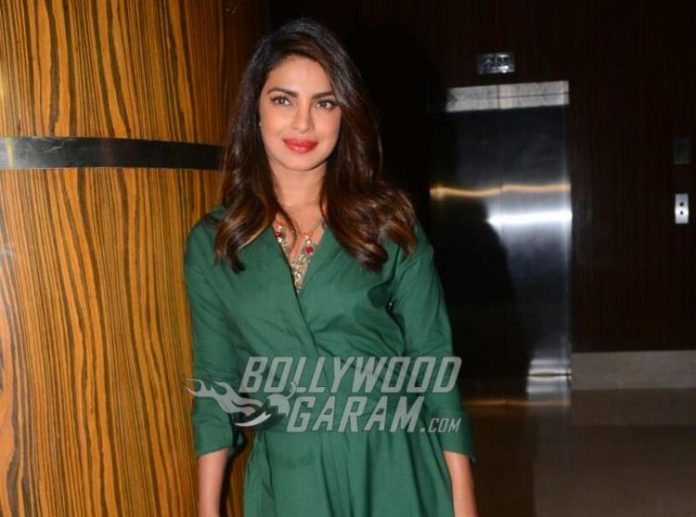 Priyanka Chopra has always been vulnerable to online trolls. The Barfi actress received a backlash for posting a boomerang video which has shown her waving a tricolor dupatta on the occasion of India’s 70th Independence Day. Priyanka was one of the many celebrities who took to their respective social media accounts to express their feelings.

Chopra posted the video and captioned it, “Independence Day #Vibes #MyHeartBelongsToIndia #happyindependencedayindia #jaihind”. And soon the haters got an opportunity to troll the actress. Several comments were posted by the trollers, who could not digest what Priyanka posted. One of the comments said, “No will marry you,do whatever u wish to .Shameless woman for u #Tricolor is just a thing and Next time she will wear a tricolour bikini if no one teaches her some manners and modesty today.”

Some of them even suggested that she should have worn a sari and that she insulted the National flag by wearing a western outfit. Some of the online trolls also supported Priyanka saying, “I am an Indian , I can wear whatever I want as well as Priyanka you are not anybody’s mother or father to judge, what to wear and what not to wear,it’s her life she Buy’s her own clothes she didn’t ask from you.”

Well this is not the first time Priyanka Chopra has become a topic of discussion on the internet. The last time Chopra was trolled was when she wore a knee length outfit during her meeting with the Prime Minster of India Narendra Modi during his foreign trip.

On the work front, the actress was last seen in the Hollywood film Baywatch and has now tuned producer for regional films as well. After featuring in a Hollywood film, the actress is now producing a couple of Hollywood flicks including A Kid Like Jake and Isn’t It Romantic.