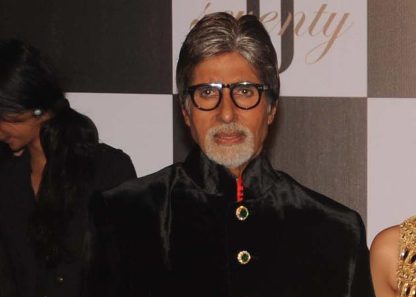 After the unfortunate Uttarakhand flood tragedy, Bollywood megastar Amitabh Bachchan and Salman Khan – along with other B-town celebrities – will come together for a charity event. The event will help to raise funds for Uttarakhand flood victims. The ‘Black’ actor will be joined by music composers Shankar-Ehsaan-Loy and poet Prasoon Joshi to entertain the audience at Star India’s fund-raising music event, which will be held on August 15, 2013, for Uttarakhand victims.

Bachchan in a statement said, “The noble initiative is an opportunity for the entire Hindi film industry to stand by the very people who have showered us with unconditional love and have made us who we are”. The superstar also said that they have come together for fellow men who went through the agonizing pain which terrifying calamity brought with itself.

Amitabh Bachchan will be lending his voice to recite poetry, which will be set to the tunes of Shankar-Ehsaan-Loy during the performance, titled ‘Saath Hain Hum Uttarakhand’. The upcoming performance is a joint initiative by Star India, Wizcraft, the Film and TV Producers Guild and the Hindi film fraternity.

The advertising revenue, which will be generated through the event, will be donated to non-profit organizations that are working towards restoring normalcy in the state.