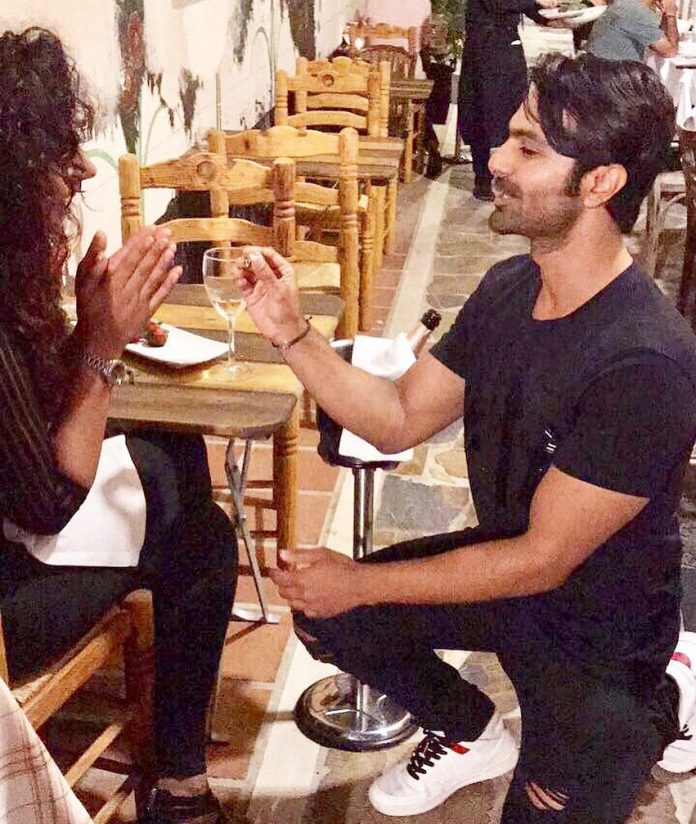 Ashmit Patel, who is in a romantic relationship with actress Mahek Chahal, has some good news for his fans. The Murder actor proposed to his lady love and the two are now engaged and are ready to take their relationship to the next level.

Ashmit, who was earlier in a relationship with Riya Sen, proposed to his love by going down on one knee. Mahek was reportedly surprised and said, “yes”. Mahek and Ashmit had also participated on the show Power Couple in 2015. Ashmit, in an earlier interview, had spoken about his marriage plans and said, “We are still discovering each other. Marriage is a little further away. Yes, of course, we don’t want this beautiful relationship to end, and want to make it into something permanent but we have not decided when.”

The actor added that they have known each other for the past 12 years as friends and would meet up at parties and at common friends’ get togethers. Later, the two went to the same gym and would often work out together. Ashmit shared that on a rainy day Mahek did not have her car and he offered to drop her home. They stopped to have bhutta and spoke for hours from evening into the night. And that was when they discovered that she had something special between them.