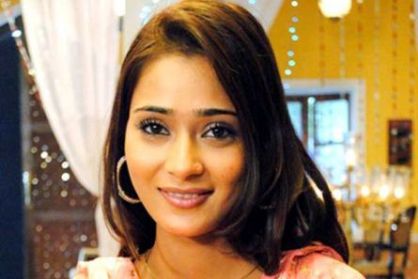 On August 10, 2013, TV actress Sara Khan was involved in a car accident when her vehicle overturned after hitting a road divider in Mumbai. The police informed that there were no casualties. Preliminary information reveals that the actress – along with her four friends – was returning home from a birthday party at 3 am when the accident happened in Oshiwara area in the city.

Police officials said that the car was driven by one of Khan’s friends. The driver lost control when it reached Mega-Mall at Oshiwara, hit a divider and overturned. The occupants of the vehicle, including Sara, received minor injuries and there were no casualties.

The police is investigating if the driver and the occupants of the vehicle were in an inebriated state when the incident happened. The 24-year-old actress is known for her roles in the TV series like ‘Bidai’, ‘Ram Milai Jodi’, ‘Sapna Babul Ka’ and ‘Junoon’. Khan also appeared in one of the seasons of the popular reality show ‘Bigg Boss’.

While on the show, the actress married according to Islamic traditions on national television her then-partner Ali Merchant. The marriage did not last and the two got divorced in 2011. The actress is now due to appear in some Bollywood flicks.