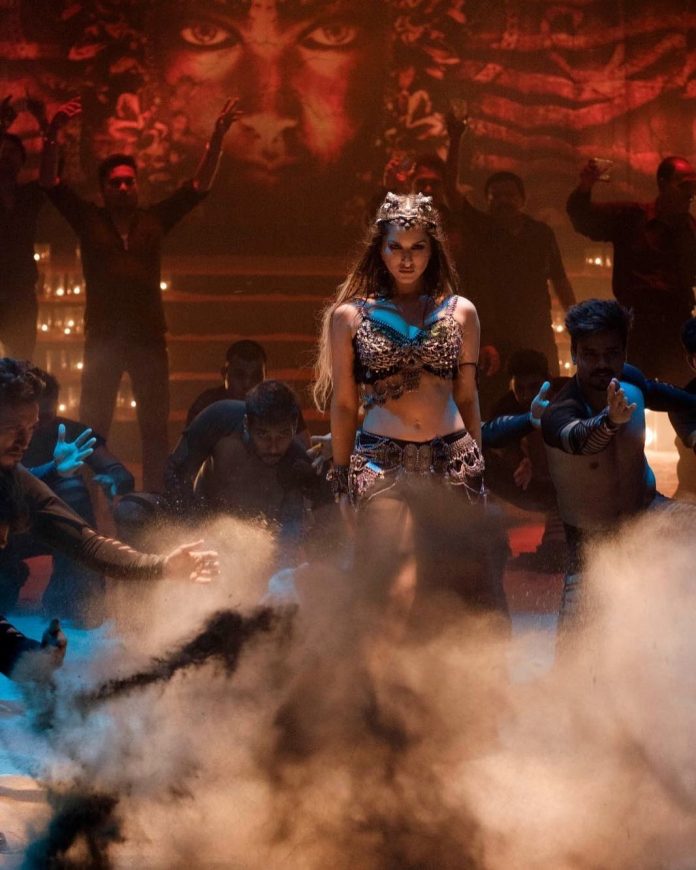 The song is a peppy track sung by Badshah and Neha Kakkar and is composed by Sachin Jigar. Leone has taken the level of sensuality to another level. The actress shows off some cool desi moves. The actress talked about the song in an earlier interview and said, “I have been working on it with Omung (Kumar) sir and Ganesh sir. Rehearsals have already started. Ganesh sir who is a hard taskmaster has given me some really complicated steps. I’m trying my best to master them. The look, it’s very different from anything you’ve seen before. It’s a peppy track which youngsters will enjoy. I can see a lot of them copying the moves.”

Even Omung had earlier spoken about the dance number and said that the song comes at a very crucial point in a narrative and that they only wanted sunny for it. The upcoming film is directed by Omung Kumar and will mark the return of Sanjay Dutt to Bollywood. The film also stars Aditi Rao Hydari, who will be seen playing the role of Sanjay Dutt’s daughter. Bhoomi is scheduled to be released in theatres on September 22, 2017.