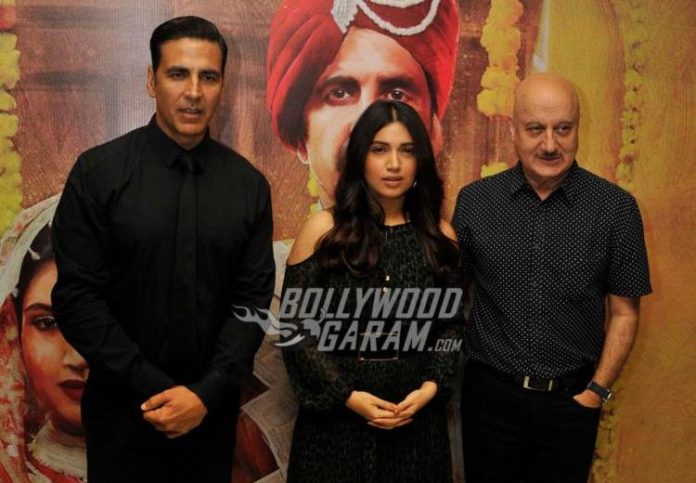 Akshay Kumar and Bhumi Pednekar starrer Toilet: Ek Prem Katha has managed to mint money by registering its name in the hundred crore club despite going through rough waters. The film reached the coveted mark in just eight days of its run. The opening day saw the film collect Rs. 13.10 crores and then managed to reach half way at Rs. 50 crores in three days.

The news was tweeted by trade expert, Taran Adarsh through his Twitter account where he wrote, “#ToiletEkPremKatha crosses ₹ 100 cr on Day 8… [Week 2] Fri 4 cr. Total: ₹ 100.05 cr. India biz. #TEPK”. With the success of Toilet: Ek Prem Katha, Akshay has recorded another win at the box office after his courtroom drama JollyLLB 2 which made more than Rs. 110 crores and was released in February 2017.

Akshay’s earlier films released in 2016 including Rustom, Airlift and the Housefull series had also proved to be successful at the box office. About 15 days before the release of the film Toilet: Ek Prem Katha, there were reports that a copy of the film was leaked online. However, the makers did not give up and Akshay and Bhumi extensively promoted the flick. The film is directed by Shree Narayan Singh and is about the problem of open defecation in India.