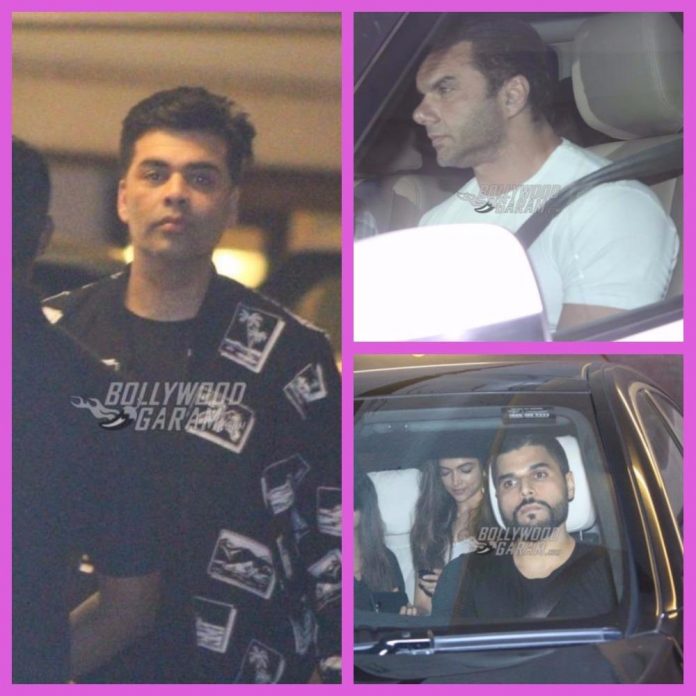 Celebrities love to party hard and celebrate every possible success. B’towners gathered for a private bash hosted by Ritesh Sidhwani on his birthday on August 20, 2017. The Who’s Who of Bollywood including Priyanka Chopra, Deepika Padukone, Ranveer Singh, Farhan Akhtar, Karan Johar, Malaika Arora, Arbaaz Khan, Adhuna Akhtar, Sohail Khan, Sanjay Kapoor with his family and others attended the bash.

It was like a reunion for Bajirao Mastani stars Deepika, Priyanka and Ranveer. Singh was the one who caught everyone’s attention and was seen in a shimmering shirt by Manish Arora. The highlight of the party were Ranveer and Deepika who were seen arriving together for the bash. Deepika looked splendid in a white tank top. A few days back there were rumours that Ranveer and Deepika have parted ways, but the appearance of the two together put to rest all the rumours.

The two also made news for the a black and white picture of the two which shows them passionately kissing each other. The picture had gone viral and also sent hints that everything’s fine between the two. Priyanka Chopra, too made a glamorous appearance in a shimmering outfit. Farhan, who is also Ritesh’s work partner, arrived in his swanky car.

Former couple Malaika Arora and Arbaaz Khan also turned up for the bash to wish the producer on his birthday.  The two are officially divorced but are often photographed together at various outings.