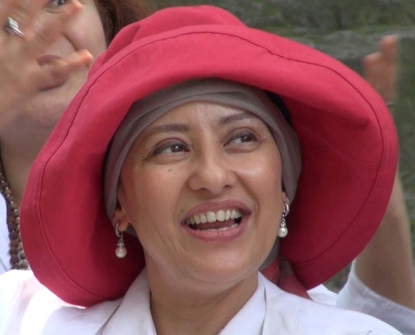 Bollywood actress Manisha Koirala has been recovering from her successful battle against cancer and is most likely going to start working again in November 2013. The manager of the actress said that she is finding relaxation in yoga these days.

Subroto Ghosh, Koirala’s manager said, “She is busy with her yoga and meditation for wellness. A special guru from Nepal has come down for her. She is physically fit and now she wants to be mentally fit before starting any project. She will start working from November and not before that”. While talking about her health, Ghosh said that the star is going for her health checkup at Kokilaben Dhirubhai Ambani Hospital.

Health-wise, the actress is doing great and is absolutely fine and cancer-free. The ‘1942: A Love Story’ actress spent about six months in New York for treatment of ovarian cancer. Reports have said that Koirala was flooded with offers from directors upon her return to India.

Ghosh confirmed that Manisha received many new offers, but will begin her work only from November 2013. Koirala made a mark in the industry with various blockbusters, like ‘Bombay’ and ‘Dil Se’. In recent times, Manisha was in the news for her alleged separation from her husband.