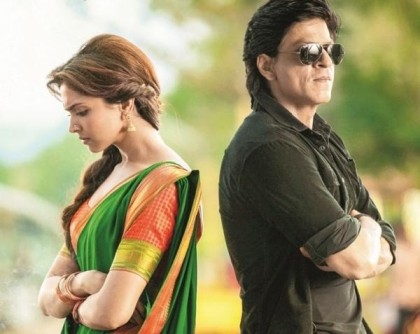 BollywoodGaram.com: Once again, Bollywood filmmaker Rohit Shetty has shown that his movies can never go wrong at the box office. The Shahrukh Khan and Deepika Padukone starrer movie ‘Chennai Express’, which was released on August 9, 2013, collected Rs. 6.75 crore and beat the record which was previously held by ‘3 Idiots’, which collected Rs. 2.7 crore.

Even in the UK theaters, the movie collected £142,220 on Thursday’s night previews on August 8, 2013and once again, set a new record. The movie surpassed the figures of other highly-successful Bollywood movies like ‘3 Idiots’, ‘My Name Is Khan’, ‘Kabhie Alvida Na Kehna’ and ‘Ek Tha Tiger’. On its opening day, the Rohit Shetty movie grossed Rs. 33.12 crore in India and with this figure, it broke the record which was earlier held by Salman Khan starrer movie ‘Ek Tha Tiger’, which opened at Rs. 32.93 crore.

Moreover, the movie also broke earlier record which was held by the Shahrukh Khan starrer movie ‘Ra.One’, which also stars Kareena Kapoor. On the second day, ‘Chennai Express’ collected Rs. 28.15 crore and became the highest 2nd day grosser ever for a Bollywood movie in India.

The other movie which also made a great debut in 2013 was the Ranbir Kapoor movie ‘Yeh Jawaani Hai Deewani’, with Rs. 19.45 crore.