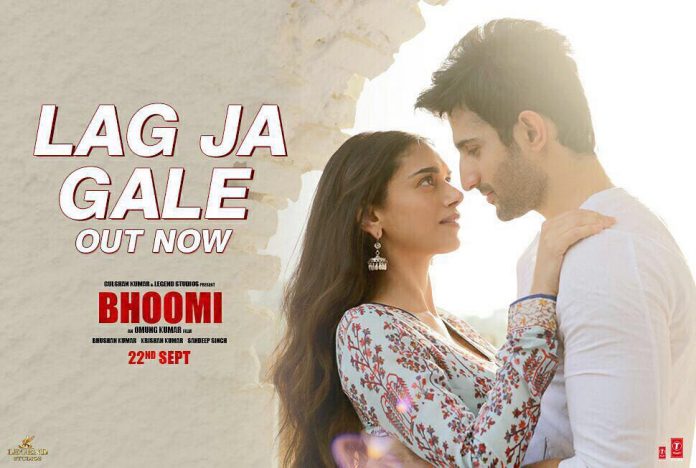 The audience got to see an intense trailer of the Sanjay Dutt starrer film Bhoomi. The makers have now dropped a new song, Lag Ja Gale online on August 23, 2017. The new song from Bhoomi is a romantic number and sung by Rahat Fateh Ali Khan and is written and composed by Sachin-Jigar.

Lag Ja Gale features romance between Aditi Rao Hydari and Sidhanth Gupta dancing around the picturesque locations around the Taj Mahal in Agra. The upcoming film will see Sanjay play the role of a father to a daughter played by Aditi, and is an emotional and a sensitive revenge drama that defines the relationship of a father and daughter. The film also stars Sharad Kelkar, Shekhar Suman and the queen of item songs Sunny Leone for the song Trippy Trippy.

The film will also mark the return of Sanjay Dutt to Bollywood. Bhoomi is directed by Omung Kumar, who has earlier worked on the blockbuster Mary Kom, based on the life of an Olympic medal winning boxer. Bhoomi is jointly produced by Sandeep Singh, Bhushan Kumar and Omung. The makers had launched the trailer at a grand event in Mumbai on August 10, 2017. The film is ready to be released in theatres on September 22, 2017.