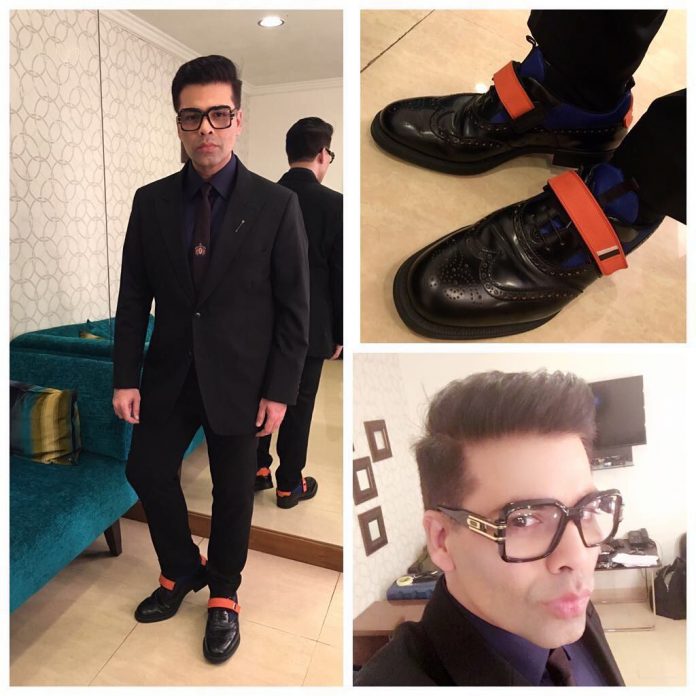 They’ve been friends for ages now, so it’s obvious each would support the other in their endeavours. We’re talking about Karan Johar and Shah Rukh Khan. The Badshah is now turning host for upcoming talk show, TED Talks India: Nayi Soch. After doing a fine job in Canada where he gave a talk about being a superstar in Bollywood, Shah Rukh Khan is now working on this new, promising project.

And it looks like producer-director Karan Johar is his first guest on the show. He has his own talk show, Koffee With Karan, but Shah Rukh’s is one which is more towards addressing social issues by looking at Indian role models. And where else to begin than with one of the most successful producers in the industry?

So, yes, it is confirmed that Karan Johar will be the first featured guest on TED Talks India: Nayi Soch. He made the confirmation with an Instagram post, where he thanked Shah Rukh Khan for the opportunity, but didn’t forget to show off his Prada shoes and Gucci suit!

TED Talks India: Nayi Soch is set to air on Star Plus India. For Season 1, there are a total of 14 episodes that will involve professionals and torchbearers in different fields, talking for less than 18 minutes. It’s similar to the TEDx conferences we are used to watching on YouTube and other portals. It’s a great initiative for regular Indian folk to learn so much more about life through this show.