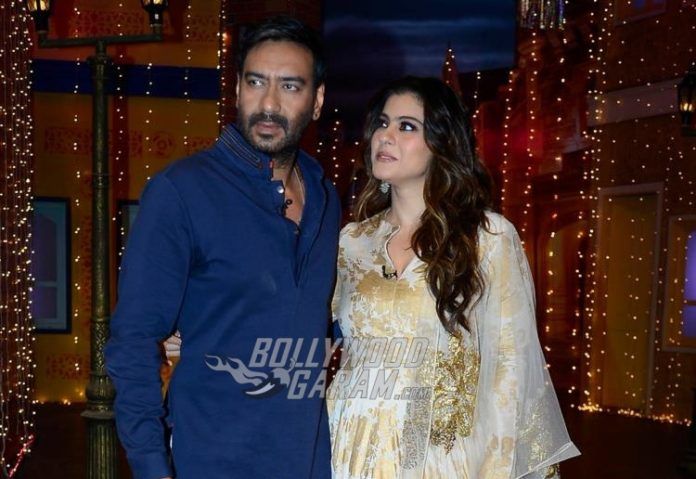 Real life couple Ajay Devgn and Kajol have worked together in the past in many films like Dil Kay Kare, Pyar Toh Hona Hi Tha, Hulchul, Goondaraj, U Me Aur Hum and Toonpur Ka Superhero. Kajol and Ajay will soon be seen sharing screen space after seven years in the upcoming film helmed by Pradeep Sarkar.

Ajay talked about the upcoming project and said, “Things didn’t work out with Raj Sarthi and now Pradeep Sarkar will be directing that film with me and Kajol in it.” Now this is surely some good news for the fans who were longing to see the couple on screen together. The audience were earlier treated with the popular on-screen pair of Kajol and Shah Rukh Khan with the film Dilwale. However, the film did an average business at the box office.

The actress recently returned to the Tamil film industry with the film VIP 2 opposite Dhanush that was directed by Soundarya Rajinikanth. Ajay Devgn is meanwhile looking forward for the release of his film Baadshaho. After being absent from various promotional events, Ajay is now back to the promotion phase. The actor will also be seen in the upcoming film Golmaal Again, which is the fourth installment of the Golmaal franchise. Golmaal Again will be released in theatres on October 19, 2017.

Ajay is also working on the upcoming film with the title Raid in which he will be seen playing the role of an Income Tax Officer based in Uttar Pradesh. The film is directed by Raj Kumar Gupta and is set in the 80s era. Raj Kumar Gupta has earlier directed the film No One Killed Jessica, which had narrated the infamous incident of the Jessica Lal murder case. The film starrer Rani Mukherji and Vidya Balan in lead roles and was released in 2011.