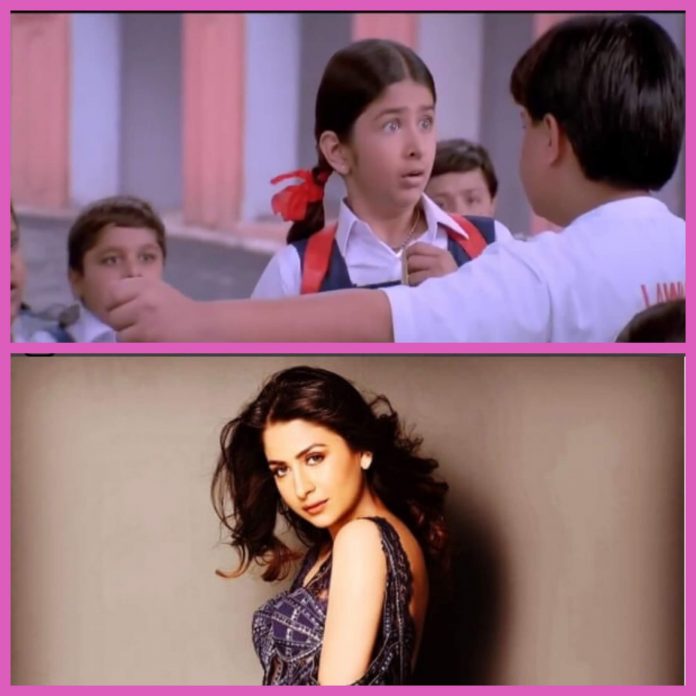 Actor Emraan Hashmi will be paired against a newbie, Malvika Raaj who had previously aced the role of young Kareena Kapoor in Karan Johar’s Kabhi Khushi Kabhie Gham (2001) as Pooja. Her funny tongue twister dialogue, “Chandu ke chacha ne chandu ki chachi ko Chandni Chowk mein chaandi ki chammach se chatni chatayi” had become quite the rage after the family drama released and the scene showcasing Poo (Malvika as a child artist) asking young Hrithik to repeat the dialogue after her has since got a heartwarming response with people imitating the dialogue and asking their friends to repeat it after them as shown in the movie.

Malvika, now 23, is all set for her big Bollywood debut opposite the renowned serial kisser Emraan Hashmi in his next film, Captain Nawab, playing his love interest. Mumbai Mirror reports that the movie will see Emraan in the role of an army officer and that it took Malvika about 18 months to finally bag this role in this Tony D’Souza film after a series of auditions. The leading daily quoted her as saying, “It’s a performance-oriented role. I liked the script. As part of my prep, I will be learning Urdu and Punjabi and have already begun workshop.” She is looking forward to meet Emraan who she said “will join the workshop after the release of Baadshaho (his upcoming film with Ajay Devgn and Ileana D’Cruz among others).” Baadshaho will release in theatres on September 1, 2017.

She further added that Emraan’s film, Jannat that released in 2008 is one of her favourites and the 38-year-old actor will start shooting for Captain Nawab before her, while her shooting schedule doesn’t begin before mid-October.

Filmmaker Tony D’Souza wanted to be sure of the female lead in the movie as they were reportedly looking for someone who can play the challenging role convincingly. He has further been quoted saying, “We are attempting something new and so it was imperative for us to get the casting right. We were privileged to have met Malvika and have her on board .We put her through the usual rounds of auditions and she excelled in all of them. She is already well versed with the business, having done a film as a child artist earlier and hailing from a family which has been in the film industry”.

Going by the reports, Malvika’s father persisted on her completing her education before she starts her Bollywood career, albeit she had decided on joining films even before K3G made its way in her life.

A graduate in commerce, Malvika admitted to keeping her best foot forward in dramatics and dance. She also got trained in dance and martial arts along with taking acting lessons from Anupam Kher’s acting institute.

It will be fascinating to see Malvika romance Emraan in this war drama based on real-life events produced by Emraan Hashmi Films and Oddball Motion Pictures.