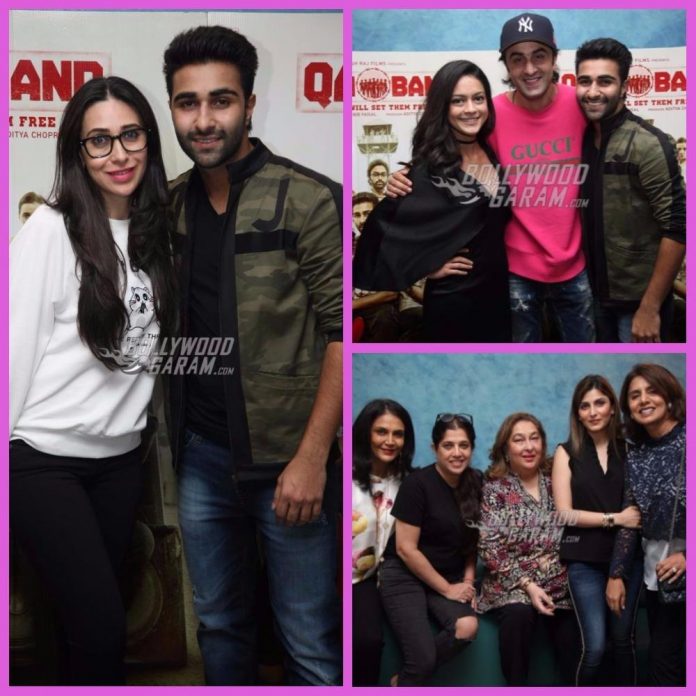 Lead actors Aadar Jain and Anya Singh looked excited and were all poses for the cameras. Anya looked gorgeous in a black outfit while Aadar was seen in a black t-shirt, a pair of denims and a trendy jacket. It was good to see several family members from Aadar Jain’s family showing support.

The film Qaidi Band has been released in theatres on August 25, 2017 and is directed by Habib Faisal.