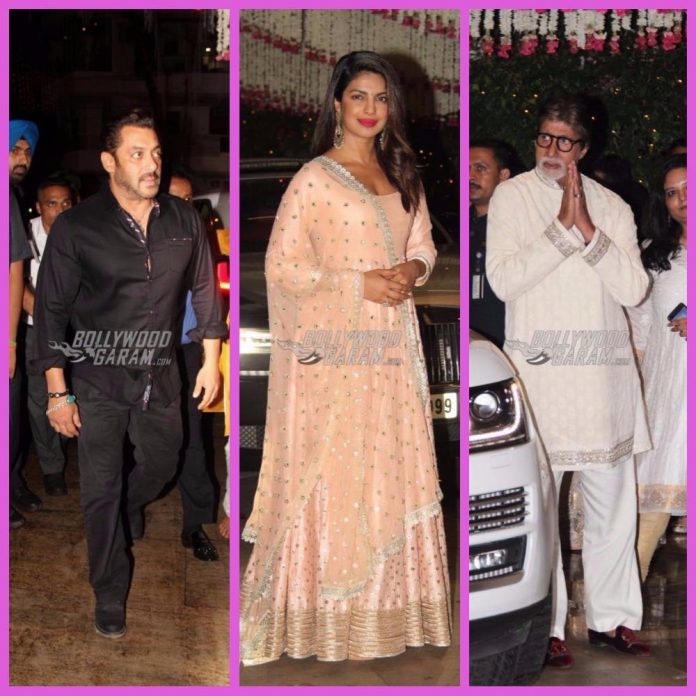 Celebrities from Bollywood poured in for the Ganesh Festival celebrations held at Mukesh Ambani’s residence in Mumbai on August 25, 2017. Apart from Bollywood celebs, the grand event saw the presence of some of the popular names from cricket and politics as well.

The grand event saw the celebrities dressed in their best ethnic outfits. Hosts Mukesh Ambani and Nita Ambani were snapped receiving and seeing off the guests at the event.