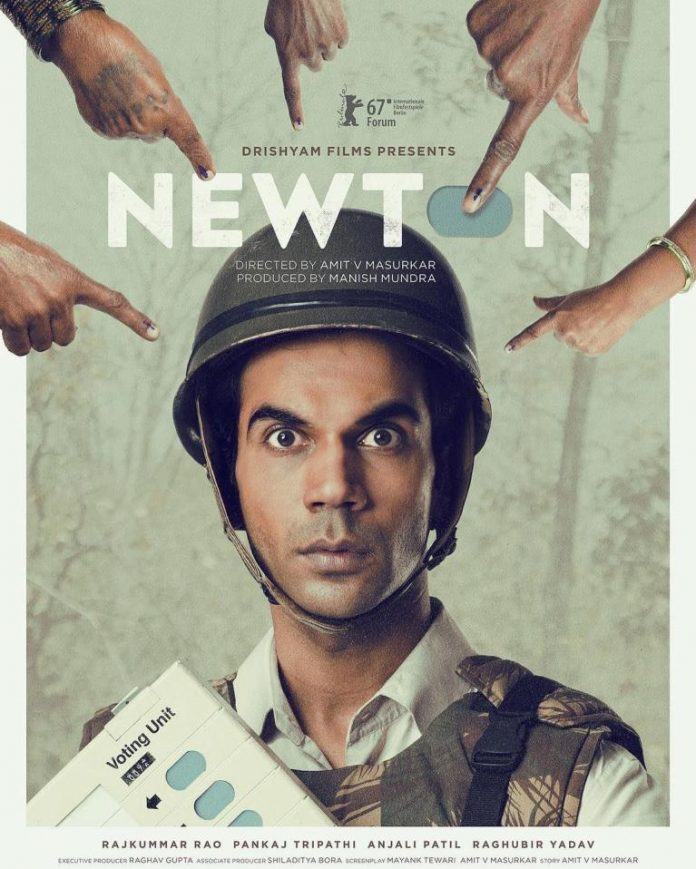 Rajkummar Rao, who is seldom seen playing lead roles, has always impressed the audience in every role that he has played. After playing the lead in the film Trapped, Rajkummar is now ready to entertain the audience with a comedy film, Newton. The Bareilly Ki Barfi actor will be seen playing a government clerk, who struggles to conduct fair voting on election day in an area where there is a high vulnerability of guerrilla attack. The makers of the film dropped the official trailer.

Rajkummar Rao shared the official trailer of the film on his Twitter account. The beginning of the trailer shows the lead actor swear to bring a change, by saying no for marriage to a girl who is not 18 years old. Later Newton, played by Rajkummar moves to a village capture by Maoists and wants people to cast their vote and break the age-old traditions.

The film has been screened at the 67th Berlin Film Festival, where the jury was all praises. Newton is written and directed by Amit V Masurkar and produced by Manish Mundra. The film also stars Anjali Patil, Raghuvir Yadav and Sanjay Mishra in a special appearance and is ready to be released in theatres on September 22, 2017.