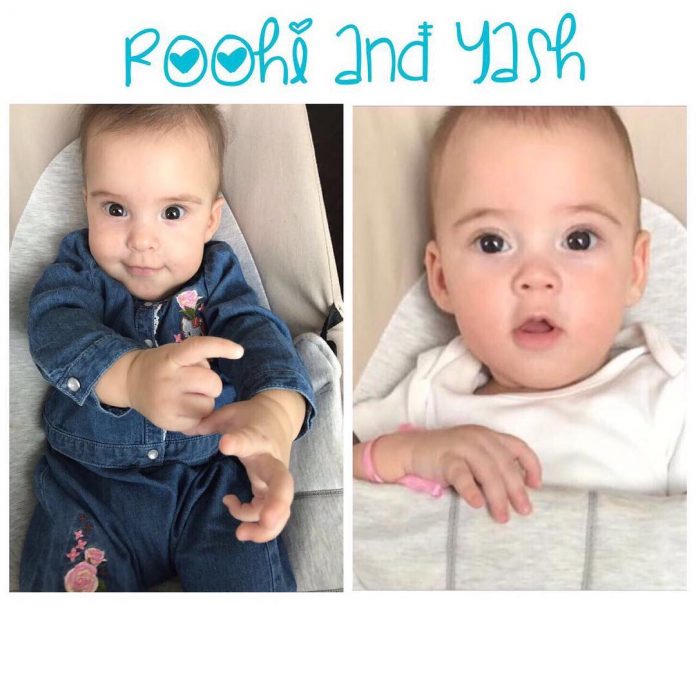 Filmmaker Karan Johar has shared another adorable picture of his twins, Roohi and Yash. KJo took to his Instagram account and shared a cute picture of the two.

Karan did not have enough words for the picture and captioned it as, “My world 2.0”. Little Roohi, who has been named after her grandmother Hiroo Johar, looked adorable in an all denim outfit while Yash looked cool in a baby suit. Little Yash has been named after his grandfather Yash Johar.

Karan’s little babies were born through a surrogate mother. They had a pre-mature birth and were kept in the neo-natal intensive care unit for more than a month. The filmmaker had then announced the news in a statement that said, “I am ecstatic to share with you all the two most wonderful additions to my life, my children and lifelines; Roohi and Yash. I feel enormously blessed to be a parent to these pieces of my heart who were welcomed into this world with the help of the marvels of medical science.”

Karan in a recent interview shared about his experience as a single parent and said that his life has changed since his children arrived. Johar added, “At 44, this is my biggest blockbuster. I still haven’t realised the enormity of what’s happened.” Since the birth of the twins, several close friends of the filmmaker have flocked to Karan’s house to visit the little adorable toddlers. On the work front, Karan’s latest production Badrinath Ki Dulhania was a blockbuster and he is now preparing for the release of Ittefaq, Drive and Raazi. Raazi has Alia Bhatt and Vicky Kaushal in the lead role and is due to be released in May 2018. Ittefaq is currently under the post production stage and stars Sidharth Malhotra and Sonakshi Sinha in lead roles. The film will be released in theatres on November 3, 2017.