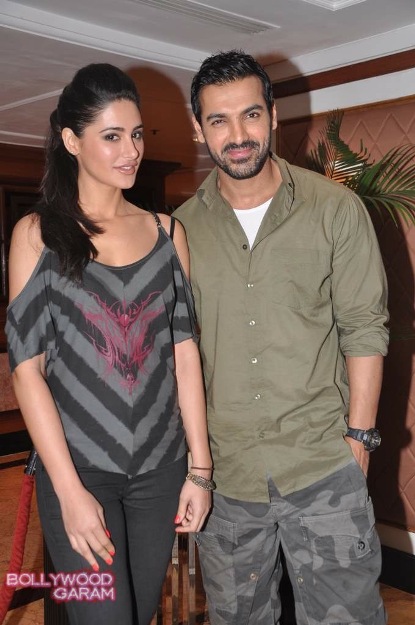 BollywoodGaram.com: Bollywood’s political spy thriller ‘Madras Cafe’ is all set to be released on August 23, 2013. Meanwhile, lead actors in the highly-anticipated movie – John Abraham and Nargis Fakhri – were seen promoting it at the Taj Lands end hotel in Bandra, Mumbai. During the promotional event, the ‘Dhoom’ actor was seen guiding his co-star Nargis on how to handle a camera.

Inface, according to reports, the ‘No Smoking’ actor was deeply involved in both the making of the movie and production while it was being filmed.