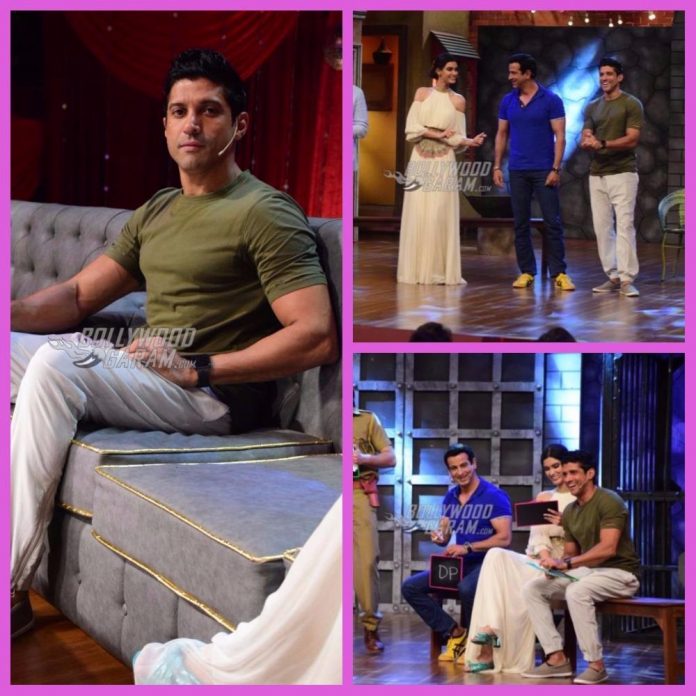 Diana Penty and Farhan Akhtar promoted their upcoming film Lucknow Central on the sets of the show Drama Company in Mumbai on August 30, 2017. As the release date fast approaches, the makers of the film have got down to promotions at different platforms. The comedy show Drama Company is a newly launched show which features actors Ali Asgar, Krushna Abhishek and Sugandha Mishra, who entertain the audience with their antics.

The film Lucknow Central is based on a real-life incident and will see Farhan play the role of a prisoner, who loves music. Actress Diana, who was last seen in the film Happy Bhag Jayegi, will be seen playing the role of an NGO worker. This will be the first time Farhan will be seen opposite Diana. Filmmaker Nikkhil Advani has donned the hat of a producer who talked about the plot of the film and said, “It’s a strong, emotional and dramatic film about jail escape. It is also about dreams and aspirations, innocence and guilt. There is a lot of hope and it will make one believe in the human spirit. Farhan has given a great performance in the film”.

The film is directed by Ranjit Tiwari and also stars Ronit Roy, Deepak Dobriyal and Rajesh Sharma playing important roles. The promotional event also saw the presence of Ronit Roy, who was snapped having fun with the characters of the show.