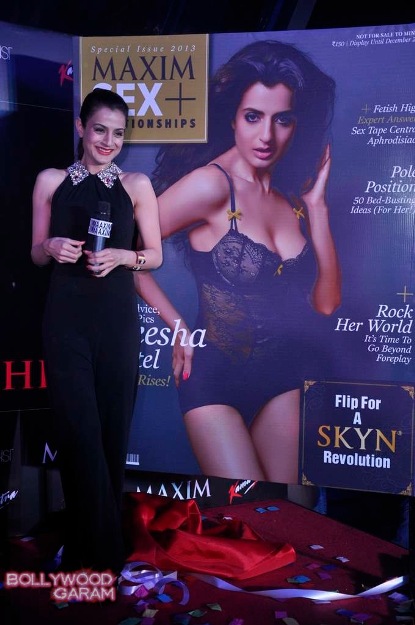 BollywoodGaram.com: Bollywood actress Ameesha Patel might be known for her girl-next-door image, but that is all about to change as she became the cover girl for the popular magazine Maxim. On August 12, 2013, the ‘Kaho Na Pyaar Hai’ actress launched the latest issue of the magazine in Lower Parel, Mumbai that features her on the cover page.

While talking about the picture during the event, the actress said that it was largely unplanned and claimed that she was the right choice for the cover as she is single.

At the moment, Patel is working on ‘Desi Magic’, which will be her first movie to be released through her own banner, Ameesha Patel Productions.