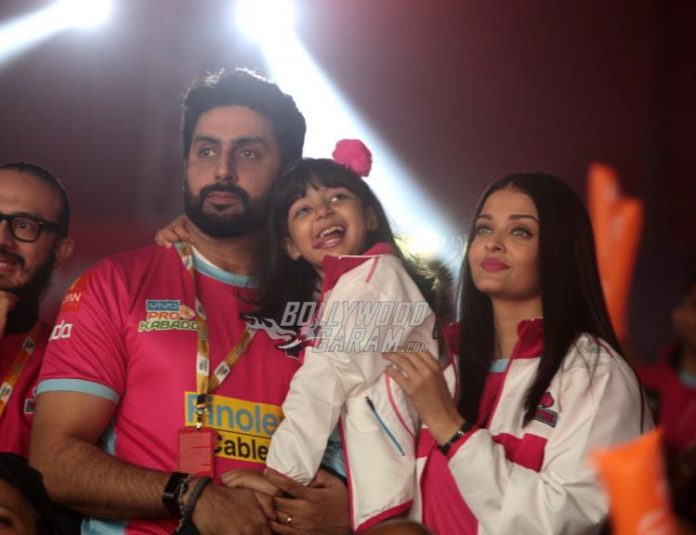 Abhishek Bachchan has always been supportive of his Kabaddi team Jaipur Pink Panthers. The Refugee actor was photographed with wife Aishwarya Rai Bachchan and daughter Aaradhya Bachchan at a match in Mumbai on August 31, 2017. The Bachchan family looked great together as they wore their team Pink Panther Jerseys in style.

Even the audience will soon be able to see the real life chemistry of the couple on the silver screens with the upcoming film produced by Shailesh R Singh. The film will see Abhishek and Aishwarya playing the role of IPS officers married to each other. The news was confirmed by the producer Shailesh, who said that he has approached Abhishek, who has shown interest in the film.