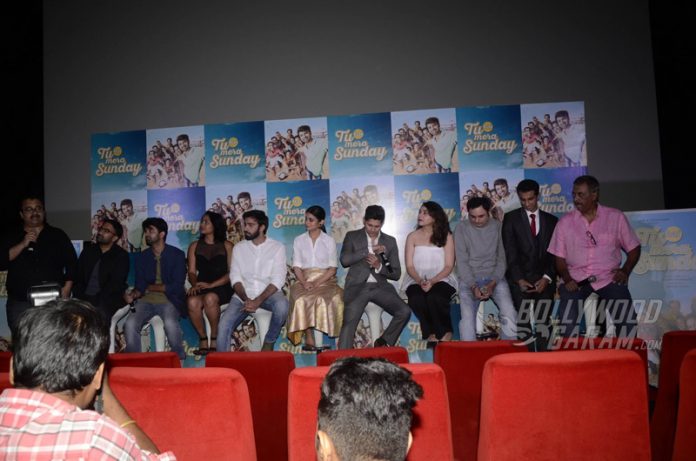 The movie, Tu Hai Mera Sunday is based on how five friends who are very different from each other spend their Sundays playing football at the Juhu beach until one day when their ball hits a politician and they are stunned to see it in the papers that sport practice has been banned at the beach. The story finds meaning in how the friends try to find their Sunday and some space to play their game. Finding a spot to play football, however, is a metaphor in the film that attempts to talk about the small crammed up spaces in big cities like Mumbai and how this affects the personal lives of the actors as playing football is how they relieve their life’s stress. The film’s locations, characterizations and storyline are very much relatable.

Not only the concept of the film but the star cast that consists of talented yet not so popular faces is something new and hence refreshing. The characters and the settings make for a convincing story line and an entertaining plot. As Shahana proclaimed during the trailer launch, “All the characters in the film are very real and extremely balanced. There are a major sense and feeling of a relatable factor which the film offers in abundance.”

Here is the trailer of the movie Tu Hai Mera Sunday: