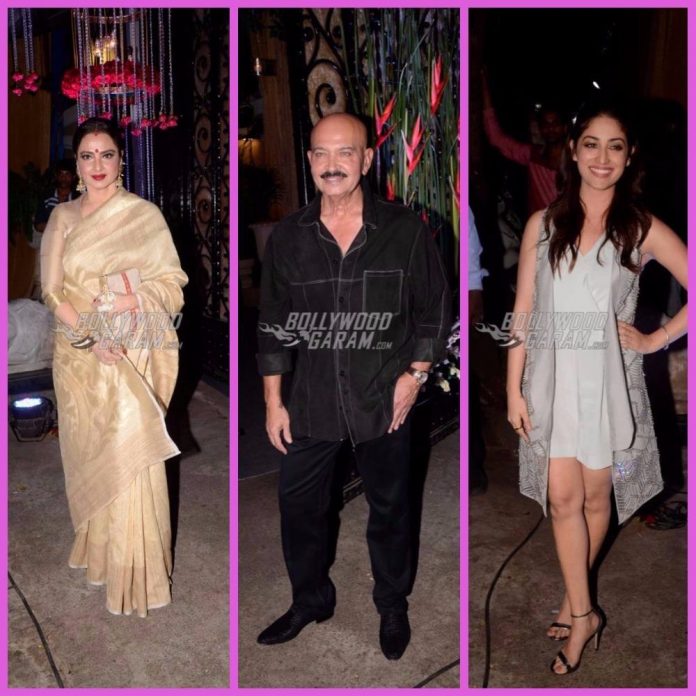 The Krrish franchise producer with wife Pinky too posed for the cameras outside the party venue. The director turned producer looked great in a black shirt and black pants while wife Pinky looked pretty in a blue outfit.