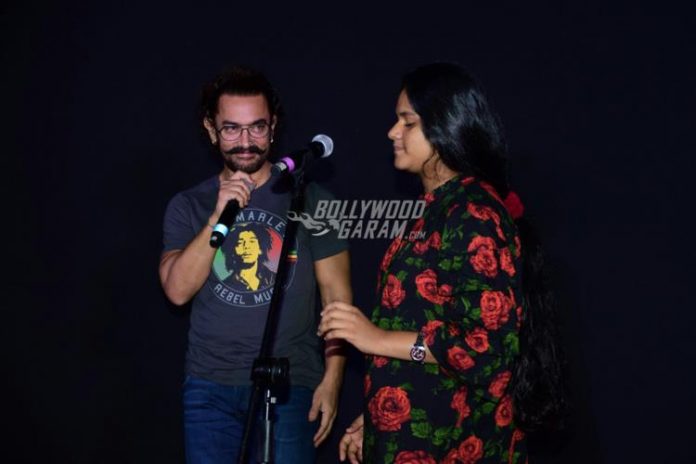 After releasing a new poster, the makers of Secret Superstar released a new song Meri Pyaari Ammi on September 8, 2017. Singer Meghna Mishra has given the perfect vocals for the song which dedicates the love of a daughter for her mother.

The new track which talks about the mother and daughter bond, describes all what a mother does from household work to making sacrifices for her children. The lyrics have been penned by Kausar Munir, who has given the most simple yet adorable words to the song and is composed by Amit Trivedi. The song was shared by producer and actor Aamir Khan through his Twitter account.

The story of the film is about a teenager, who aspires to become a singing superstar but does not find support from her father. But her mother secretly supports her and this is when the character of Zaira Wasim decides to make her own YouTube Channel and posts videos of her while covering her face.

The film also stars Aamir Khan and Meher Vij, who was also seen in the film Bajrangi Bhaijaan. As the team in Dangal is returning with Secret Superstar, the audience has a lot of expectations. The film is ready to be released in theatres on October 19, 2017.