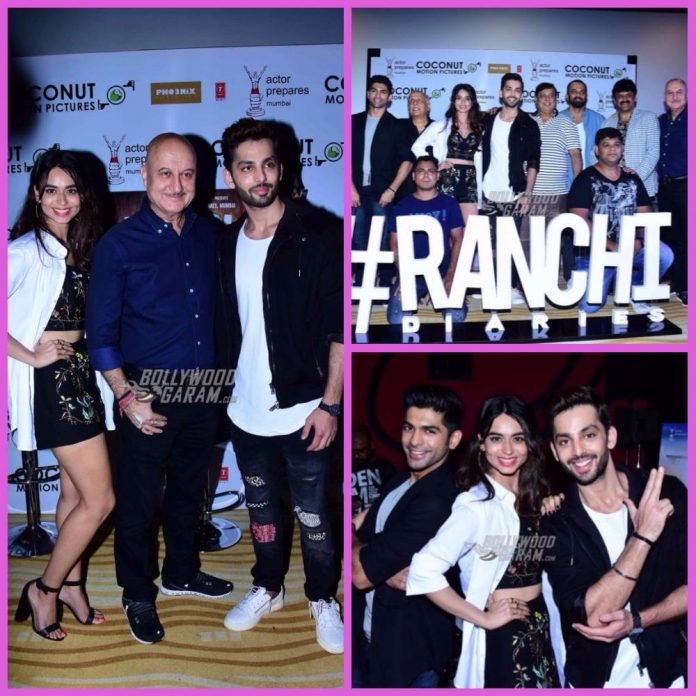 Lead actors Anupam Kher, Jimmy Shergill, Soundarya Sharma, Himansh Kohli and Satish Kaushik of the upcoming film Ranchi Diaries were present at a promotional event in Mumbai on September 12, 2017. The film is co-produced by Anupam Kher and directed by Sattwick Mohanty. Going by the trailer, the film is a comedy with some interesting characters and a riveting plot. The event also saw the presence of filmmakers Rohit Shetty, David Dhawan and Mahesh Bhatt.

The story is about a group of young people who are a little unfortunate in terms of luck and have to arrange a lefty amount of money to get out of a big mess. The youngsters then plan to rob a bank and learn techniques from the dubbed version of the Hollywood film Ocean’s Eleven.