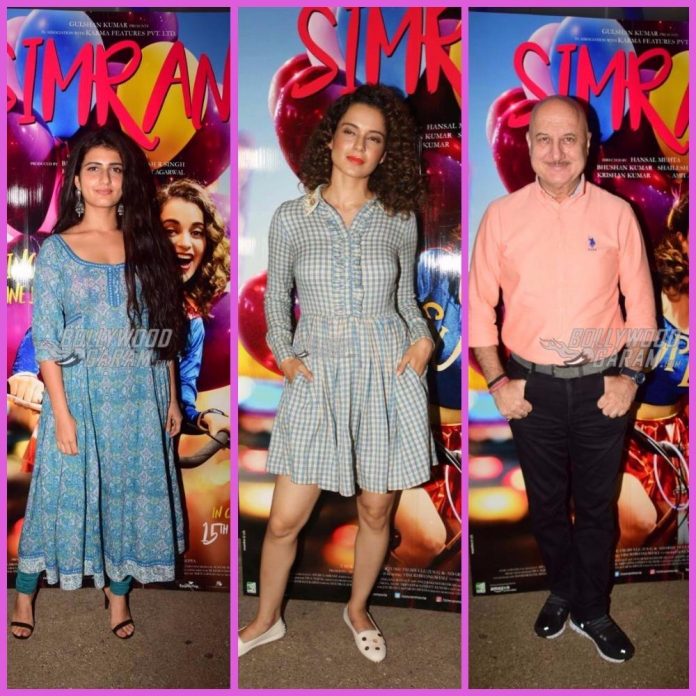 Makers of the film Simran hosted a special screening of the film in Mumbai on September 14, 2017. The film has been released in theatres on September 15, 2017. The screening event saw the presence of the lead actress Kangana Ranaut, director Hansal Mehta, Rajkummar Rao, Anupam Kher, Aamir Ali with wife Sanjeeda Sheikh, Fatima Sana Sheikh, Patralekha, Pooja Hegde and others.

Kangana in recent times has been promoting the film at different platforms. The actress is seen playing the lead role of a Gujarati girl, Simran who is divorced and is a kleptomaniac. The character of the film is based on the real life story of Sandeep Kaur, who is serving a jail term in America for robbing banks in three states.

Despite several controversies in recent times, Kangana and director Mehta seemed in a jovial mood. The actress looked pretty in a casual checkered outfit for the screening event.