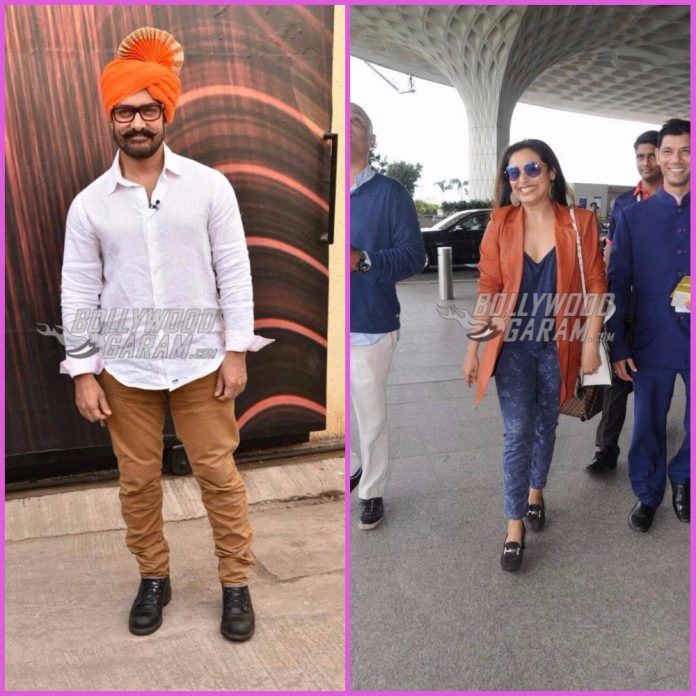 Rani Mukherji is ready to make a comeback with Hichki while Aamir Khan and Fatima Sana Sheikh will come together in Thugs of Hindostan after their Dangal success.

Thugs of Hindostan and Hichki are two of the much-awaited films of 2018. The films now have official release dates. Thugs of Hindostan will be released in theatres on November 7, 2018 while Hichki will hit silver screens on February 23, 2018.

Bollywood biggies Amitabh Bachchan and Aamir Khan will be a part of Thugs of Hindostan while Rani Mukherji will be making a comeback to films with Hichki. The Aamir Khan starrer flick has been extensively shot in Malta and the crew is currently busy shooting in Mumbai. The film is directed by Vijay Krishna Acharya and also stars Katrina Kaif and Fatima Sana Sheikh.

Rani Mukherji has been busy looking after her family and has already finished shooting for Hichki directed by Siddharth P Malhotra. The actress in an earlier interview with a leading daily talked about her comeback and said, “I was looking for a script that would challenge and excite me, and Hichki came my way. Each one of us has a weakness that pulls us back, it could be a disability or any condition but if we just look at it as simply a hiccup, we can emerge as a winner.” The Rani Mukherji starrer is produced under the banner of Yash Raj Films.