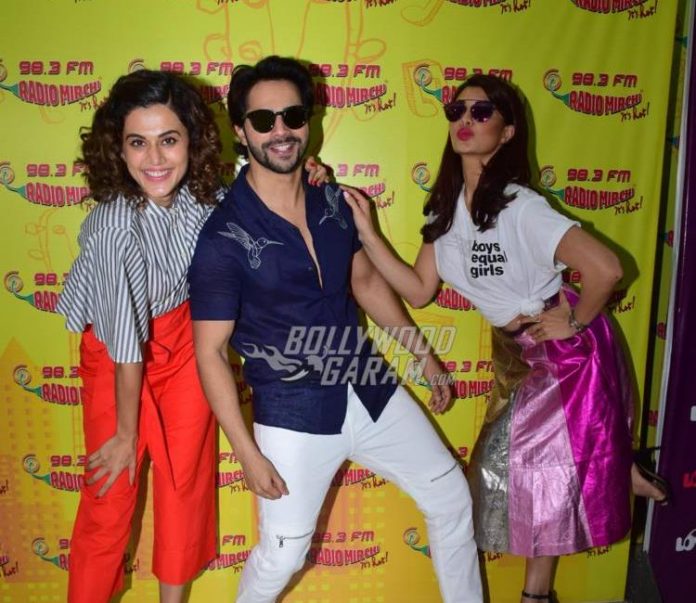 Makers of Judwaa 2 are leaving no stone unturned to make the film the best remake ever. After recreating a couple of blockbuster songs from Judwaa, a new song Aa Toh Sahi has been released. Going by the video, one can relate it to the song Duniya Mein Aaye Ho Toh.

The songs are almost the same but are still different. Just the characters of the film have been replaced. The female leads in the song Taapsee Pannu and Jacqueline Ferandez are not aware that their respective boyfriends have a twin brother. The lead characters of the film can be seen dancing on the beaches of Mauritius. At the end, Raja and Prem manage to escape the situation without revealing their actual identities.

The song is composed by Meet Brothers and Neha Kakkar has given the playback for the female leads. The makers have earlier released the recreated versions of the song Oonchi Hai Building and Chalti Hai Kya 9 Se 12. Varun, Taapsee and Jacqueline are touching every possible platform to promote Judwaa 2 which is ready to be released in theatres on September 29, 2017.

David Dhawan has once again given his golden touch to the action comedy which had Salman Khan in the original.