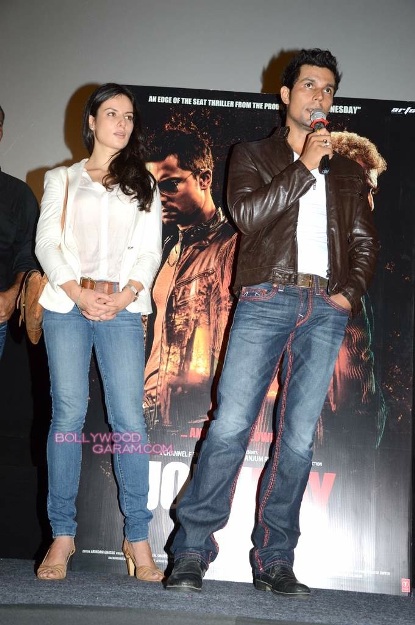 On August 15, 2013, Bollywood actor Randeep Hooda unveiled the first look of the upcoming thriller ‘John Day’ in Mumbai. The model-turned-actor will be seen playing the role of a wronged man, along with veteran actor Naseeruddin Shah.

Randeep – while talking about his character – said that he will be playing the role of Gautam Savan, who grew up in an orphanage. The character in the movie is a person to whom life has been unfair and he treats the world in the same manner. The man in the movie does not care for anyone and does not have any love or mercy for others.