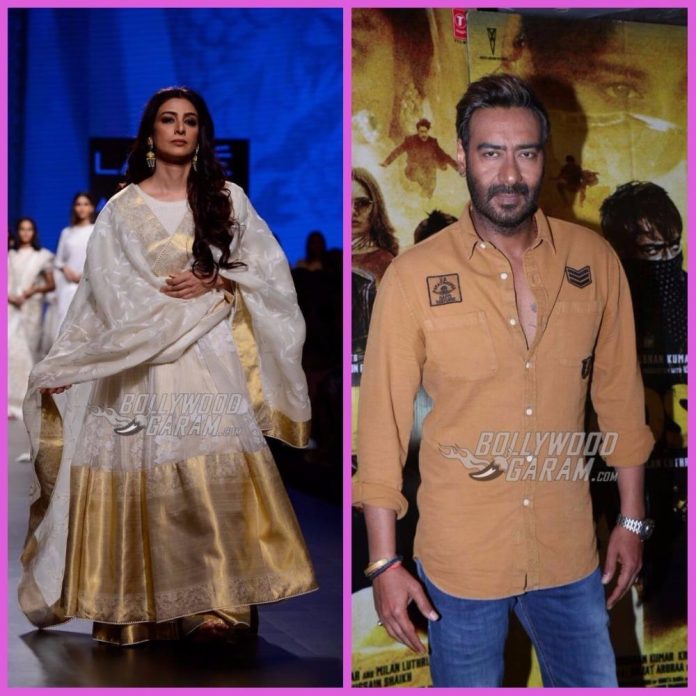 Bollywood’s onscreen couple, Ajay Devgn and Tabu will soon be seen in the upcoming film Golmaal Again. Apart from the upcoming Rohit Shetty helmed film, Tabu and Ajay have also been roped in for a romantic comedy flick yet to be titled. The film is expected to be released during the festival of Dussehra 2018.

The upcoming untitled romantic comedy will also star another female lead, but the name has not yet been announced. Ajay and Tabu were earlier seen in the film Drishyam, Thakshak and Vijaypath. The films that they worked together had done well at the box office, so expectations with the upcoming films are high.

The news was confirmed by a movie trade analyst: “The Ajay Devgn rom-com film is not titled yet… Costars Tabu and one more actress… Akiv Ali, a well known editor, directs the film.” He also added, “Ajay Devgn returns to rom-com genre in Dussehra 2018: 19 Oct 2018… Film is produced by Bhushan Kumar, Luv Ranjan and Ankur Garg…” The film will be directed by Akiv Ali and co-produced by Ankur Garg.

Ajay is at present enjoying the success of his recently released film Baadshaho which also starred Ileana D’Cruz, Vidyut Jammwal, Emraan Hashmi and Esha Gupta. The film was released in theatres on September 1, 2017.