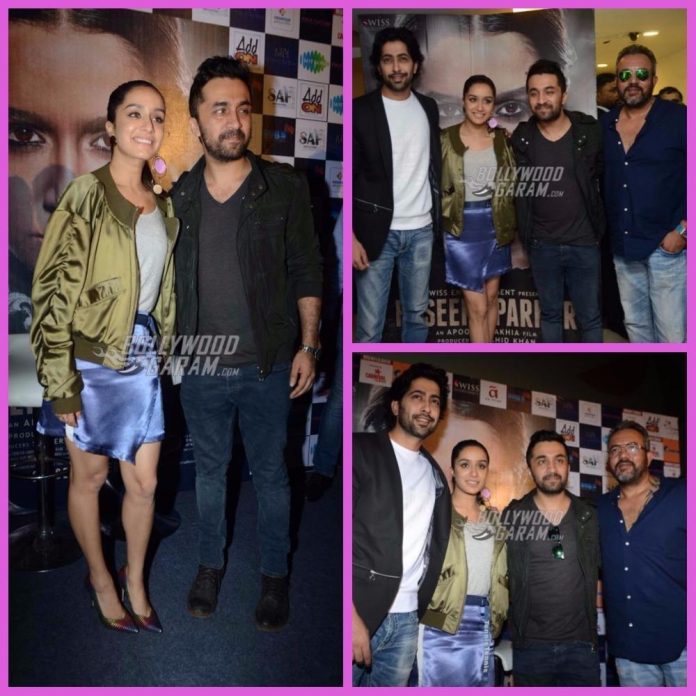 Haseena Parkar is slated for release on September 22, 2017 as the lead actors have been promoting the film religiously on different platforms

Makers of Haseena Parkar hosted a press event in Delhi for the film promotions on September 18, 2017. The press event saw the presence of actors Shraddha Kapoor, Ankur Bhatia, Siddhanth Kapoor and director Apoorva Lakhia. Shraddha looked pretty in a satin skirt, a tank top and a satin green jacket while brother Siddhanth sported a casual t-shirt, denims and a green jacket.

Ankur, who plays the role of Ibrahim Parkar, looked dapper in a white t-shirt, blue denims and a black jacket. The lead actors along with the director had a great interaction with the media during the promotional press event.

Exclusive photos of Haseena Parkar team at the press conference in Delhi!