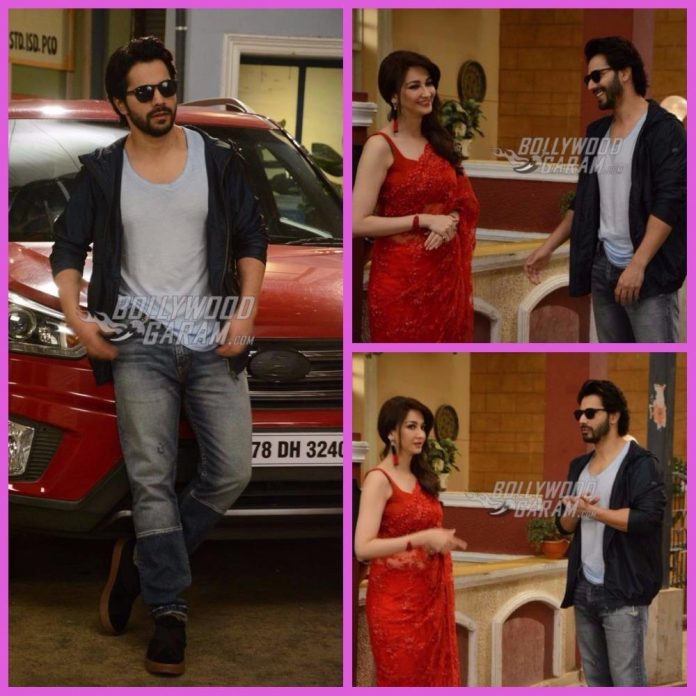 Varun Dhawan will be playing a double role in his upcoming film, Judwaa 2 that is a remake of Salman-Khan starrer Judwaa, both directed by David Dhawan

Varun Dhawan landed on the sets of the popular TV show Bhabhiji Ghar Par Hain to promote his upcoming film Judwaa 2 in Mumbai on September 18, 2017. The Badrinath Ki Dulhania actor was seen interacting with Saumya Tandon who plays the role of Anita in the TV series which is telecasted on the channel &TV.

Varun is on a promotional spree for his upcoming film Judwaa 2 which is the sequel to the film Judwaa that had Salman Khan in the lead role. The film also stars Jacqueline Fernandez and Taapsee Pannu playing the female leads. David Dhawan who had directed the first film has once again donned the hat of the director for the remake which has son Varun playing the double role of Prem and Raja.

Composer Anu Malik has recomposed the chartbuster songs, Oonchi Hai Building and Tan Tana Tan Tan Tan Tara, which have already become popular among the audience. The makers have also released the song Suno Ganpati Bappa Morya that was released during the Ganpati festival. Judwaa 2 is ready to hit the theatres on September 29, 2017.