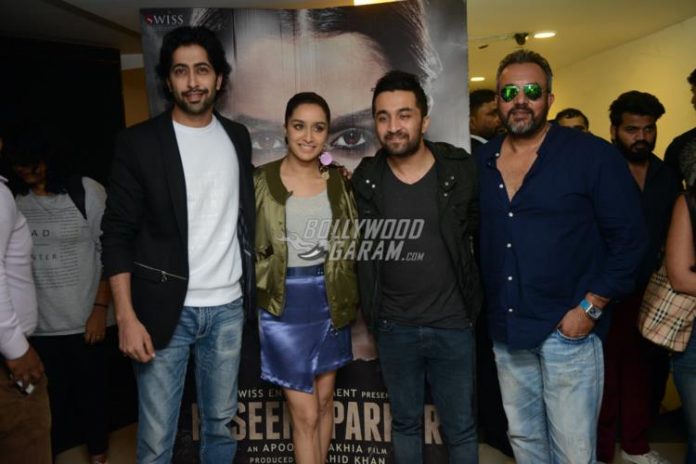 Haseena Parkar is one of Shraddha Kapoor’s most awaited films of the year. As the film approaches release date, a complaint has been filed against the lead actress by the fashion label AJTM. The fashion brand had signed an agreement with the actress to promote the brand name during the promotions of Haseena Parkar.

Shraddha along with one of the producers of the film has been accused of cheating and criminal breach of trust. The company’s lawyer, Rizwan Siddiqui, while talking to a leading news agency said, “M&M Designs firm which supplied dresses for the actor in the movie has filed a private complaint in the Mumbai court and the case will come up for hearing on October 26.” The lawyer also said that the Baaghi actress was expected to do promotional activities of the brand as well as the stores against the costumes which were supplied to the producers of Haseena Parkar.

As per the complaint, the actress did not undertake any promotional activities as per commitment despite knowing the fact that the company would incur a huge monetary loss in case of failure. The lawyer also said that his client felt cheated as the obligations under the agreement were not performed. This was the reason the company decided to file a criminal complaint against the producer and Shraddha Kapoor.

Upcoming film Haseena Parkar has been directed by Apoorva Lakhia and also features Ankur Bhatia and Siddhanth Kapoor playing important roles. Shraddha will be seen in a powerful role of a lady gangster who takes over the world of underworld after the death of her husband. The film is a biopic of gangster Dawood Ibrahim’s sister Haseena Parkar. The actress will be seen playing the titular role. The songs of the film have already become popular and is ready to be released in theatres on September 22, 2017.