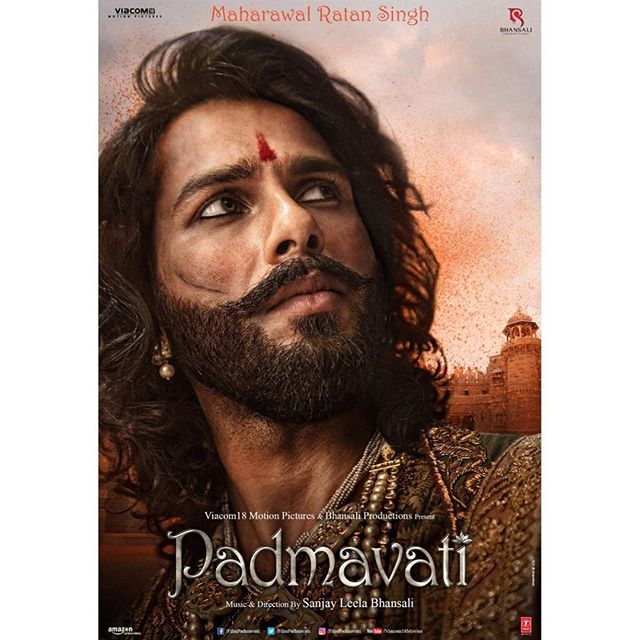 Makers of Padmavati are slowly opening chapters of the film by unveiling the characters. After Deepika Padukone stunned the fans with her Rani Padmavati look, Shahid Kapoor unveiled his look from the film through a couple of posters on Twitter. The new poster has shown Shahid with a full-bearded look, posing as a warrior in the backdrop of a war.

Shahid will be seen playing Rani Padmavati’s husband Rawal Ratan Singh, the king of Chittor. The Jab We Met actor in an earlier interview talked about the preparation of his character and said, “When you are playing a king, you need to have a certain personality. At that time, the people used to not be very skinny and lean, so you need to have a manly personality. Basically for that, and to carry those outfits also, Sanjay sir (Sanjay Leela Bhansali) wanted me to be a little muscular and a little full.”

Kapoor also gained some weight for the role in terms of muscle and not fat as he plays the character of a warrior. The previous posters released by Deepika left the fans mesmerized as she looked gorgeous in a royal attire with some heavy jewellery. The Sanjay Leela Bhansali film is ready to be released in theatres on December 1, 2017.