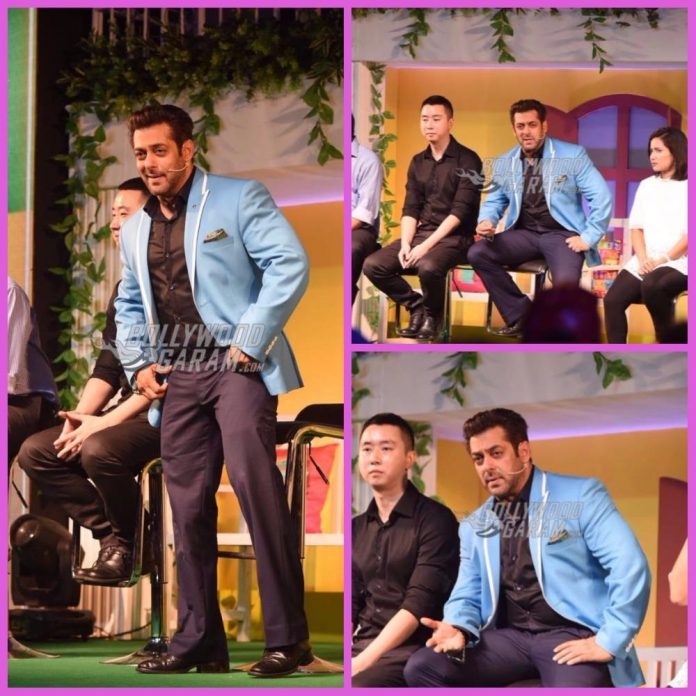 Salman Khan continues with hosting Bigg Boss, even as the 11th season is to roll soon

The wait is over as the beginning of the 11th season of the popular reality show Bigg Boss has been announced. Salman Khan hosted a press conference to announce the latest season of the show in Mumbai on September 26, 2017. After several speculations about who will host the upcoming season, it has been confirmed that the Dabangg star will continue to reign over the upcoming season as well.

Talking about the contestants, a lot of names have been speculated in recent times but nothing has been confirmed. But the CEO of Colors Raj Nayak has assured that the upcoming season is different than the other seasons. The theme this time is neighborhood, which means the contestants will have to deal with various tasks related to the theme to win luxuries and other incentives.

The 11th season of the show will begin from October 1, 2017. About the house, there are reports that there will be a secret underground jail for the participants. The previous season of the show was one of the most popular seasons of Bigg Boss as it marked the entry of the common man with celebrities. As expected, the clash between the celebrities and the commoners resulted in some entertainment for the audience. Celebrities who are expected to be a part of the upcoming season include TV actor Nandish Sandhu, internet sensation Dhinchak Pooja, TV producer Vikas Gupta, TV actress Shilpa Shinde of Bhabhiji Ghar Par Hain fame, model Priyank Sharma, Natalia Kay, model Halima Matlub, VJ Benafsha Soonawalla and others.

Salman for the press event looked great in a blue suit and it has also come as a good news for the fans, who love to see Bhaijaan as the host of the show. The Sultan actor in the past has many times pointed fingers towards the contestants who misbehaved on the show.

Exclusive photos of the Dabangg hero at the Bigg Boss press event!