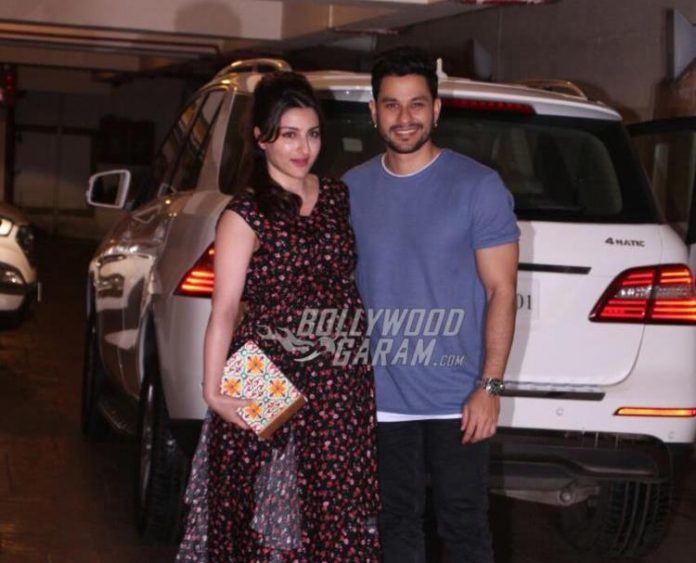 Actress Soha Ali Khan and husband Kunal Khemu have been blessed with a baby girl on the ninth day of the Indian festival of Navratri on September 29, 2017. A happy and excited father Kunal Khemu took to his Twitter account to make the official announcement.

Kunal wrote, “We are over the moon to share that we have been blessed with a beautiful baby girl on this auspicious day. Thank you for the love and blessings.” Congratulatory messages soon started pouring in for the couple, who are celebrating the arrival of their first child together.

Soha and Kunal got married in 2015 in a private wedding ceremony which was attended by just close friends and family members. The family of Soha and Kunal also organized a baby shower for the actress in August 2017. The baby shower also saw the attendance of Neha Dhupia, Konkana Sen Sharma, Kareena Kapoor and Karisma Kapoor.

The actress through her pregnancy has been open about the phase that she went through and always kept her fans updated about her activities and progress. Soha was last seen in the film Ghayal Once Again and made her debut in Bollywood with the film Dil Maange More which also starred Shahid Kapoor. Kunal Khemu is looking forward for the release of his upcoming film Golmaal Again.