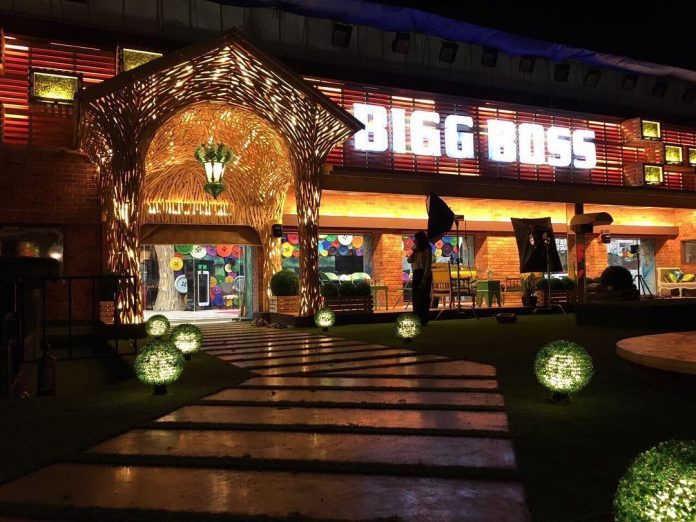 Bigg Boss 11 witnessed its premiere on October 1, 2017 where the contestants were introduced in style

A day prior to the premiere episode of the 11th season of the show on October 1, 2017, Colors Channel shared the first look of the House of Bigg Boss on social media. The 11th season has premiered on October 1, 2017 and was hosted by Salman Khan with a new theme. Once again, the celebrities will be seen locking horns with the commoners in the house amidst the theme of a neighborhood.

The house, as showed on social media, looks beautiful from outside and the inside look has also been revealed now – the grandeur and the liveliness of the house is sure to leave the audiences spellbound. The contestants will be treated with a well-equipped gym, a pool, a Jacuzzi and a round-shaped dinner table. Usually the interiors are color coordinated but this time the bedrooms are reportedly designed in color contrast of red and pink.

For the first time, the Bigg Boss house will have an underground jail which is expected to be scary and dark with almost no amenities and will have just three string cots. The confession chair will look like a car seat.

Talking about the contestants, no official announcement had been made until Friday, September 29, but now the premiere introduced an interesting bunch of people who have been roped in for the new season including Shilpa Shinde, Hiten Tejwani, Hina Khan, Priyank Sharma, VJ Benafsha Soonawalla, Jyoti Kumari, Sshivani Durgah, Sapna Choudhary, Puneesh Sharma, Zubair Khan, Akash Anil Dadlani , Sabyasachi Satyapathi, Luv Tyagi, Mehjabi Siddiqui and Lucinda Nicholas. The show will be aired from Monday to Friday at 10:30 pm and at 9:30 pm on Saturdays and Sundays.