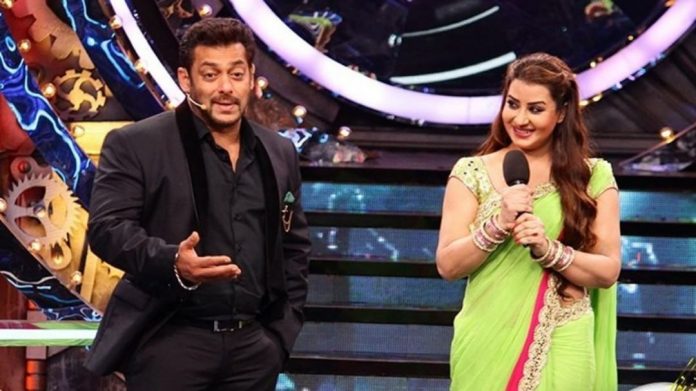 Bigg Boss season 11 saw a major hullabaloo before its premiere about its contestants, its host and the theme of the show this time

Bigg Boss season 11 is here and has premiered on Colors Channel on October 2, 2017. The makers have roped in a good set of celebrities with commoners to make things even more interesting.

Host Salman Khan introduced the inmates of the luxurious house:

Starting with TV actress Hina Khan who is best known for the TV show Yeh Rishta Kya Kehlata Hai. The actress quit the show in 2016 and in 2017, she participated on the reality show Khatron Ke Khiladi, which is the Indian version of the American show Fear Factor. Next contestant on the show is Shilpa Shinde, who is best known for the shows, Amrapali, Chidiya Ghar and lately Bhabhiji Ghar Par Hain. The actress was recently in news when she had accused the makers of Bhabhiji Ghar Par Hain of not paying her dues.

TV actor Hiten Tejwani known for the TV series Kyunki Saas Bhi Kabhi Bahu Thi and Kutumb has jumped in to the house of Bigg Boss. The actor is married to Gauri Pradhan and has three children. Choreographer Priyank Sharma from Delhi is a graduate in engineering and shot to fame with the shows MTV Rising and MTV Splitsvilla. The commoner who will be challenging the celebrities is Mehjabi Siddiqui and will be among the four neighbors. Vikas Gupta from Haridwar is an Indian American entrepreneur, who started off his career at Amazon where he was responsible for payments and web services groups.

The next commoner is Jyoti Kumari who is the daughter of a clerk from Patna. Kumari has made it clear that her father’s status will not stop her from aiming big in life. Sshivani Durgah seems like a replica of Swami Om in the earlier season. Durgah is a self-proclaimed God woman and holds two PhDs from the Chicago University. Sapna Choudhary is a contestant who hails from a middle class family in Haryana. Another controversial contestant on the show is Zubair Khan, who is the son-in-law of Dawood Ibrahim’s sister Haseena Parkar. Other contestants of the show include Benafsha Soonawalla, Puneesh Sharma, Akash Anil Dadlani, Luv Tyagi, Lucinda Nicholas, Arshi Khan, Bandagi Kalra and Sabyasachi Satyapathi.