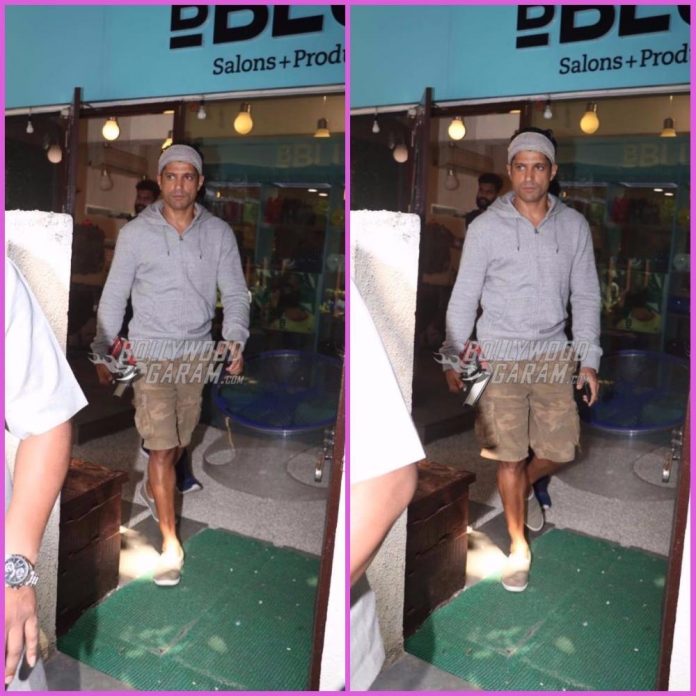 Actor-turned-director Farhan Akhtar was snapped as he came out of the BBlunt salon in Mumbai on October 05, 2017. The Rock On actor looked cool in a casual grey pullover and brown shorts and was seen coming out of the salon as he held a book in his hand.

Farhan was last seen in the film Lucknow Central, which also starred Diana Penty, Gippy Grewal, Deepak Dobriyal and Rajesh Sharma. Apart from acting, the actor has done playback singing in many of the films including Rock On, Zindagi Na Milegi Dobara, Shaadi Ke Side Effects, Dil Dhadakne Do and Wazir.

The film Lucknow Central is directed by Ranjit Tiwari and was released in theatres on September 15, 2017. The actor was also seen in the film Daddy, in which he made a special appearance as Maksud. Farhan has also donned the hat of a producer for some of the upcoming films including Gully Boy, Gold and Fukrey Returns.

Exclusive photos of Farhan Akhtar outside the BBlunt Salon!