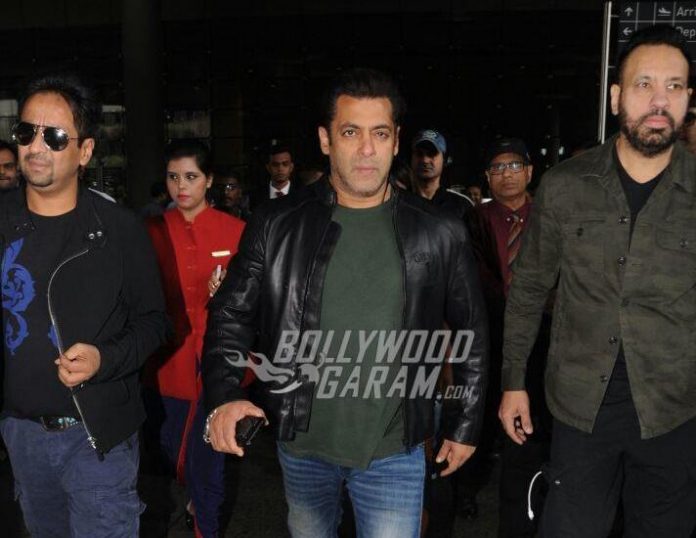 Salman Khan recently returned from his Da-bangg tour in London

Salman Khan has so far entertained his international audience with his Da-Bangg tour at Hong Kong, London, Melbourne and Auckland. The Sultan actor is now ready to bring the tour to Delhi and will be joined by a host of stars including Prabhu Deva, Sonakshi Sinha, Meet Bros, Kriti Sanon, Daisy Shah, Maniesh Paul and others.

The much-awaited event will begin from December 10, 2017 at the Jawaharlal Nehru Stadium Main Arena. The Indian leg of the tour is organized by Red Rocks Entertainment. Vinamra Gupta, the owner of Red Rocks Entertainment in a statement said, “My vision is to combine world-class production values with top-notch talent, and provide an unparalleled entertainment experience to all Indians- it all starts with Da-Bangg The Tour”.

Salman is currently busy hosting the popular reality show Bigg Boss, which is currently in the 11th season. The new season has a new and interesting set of celebrities who have already managed to churn up some entertainment for the audience. The theme this season is neighborhood, where the celebrities are competing with their neighbors in different tasks.

Salman is also shooting for his upcoming film Tiger Zinda Hai helmed by Kabir Khan, which also stars Katrina Kaif and is the sequel to the film Ek Tha Tiger.