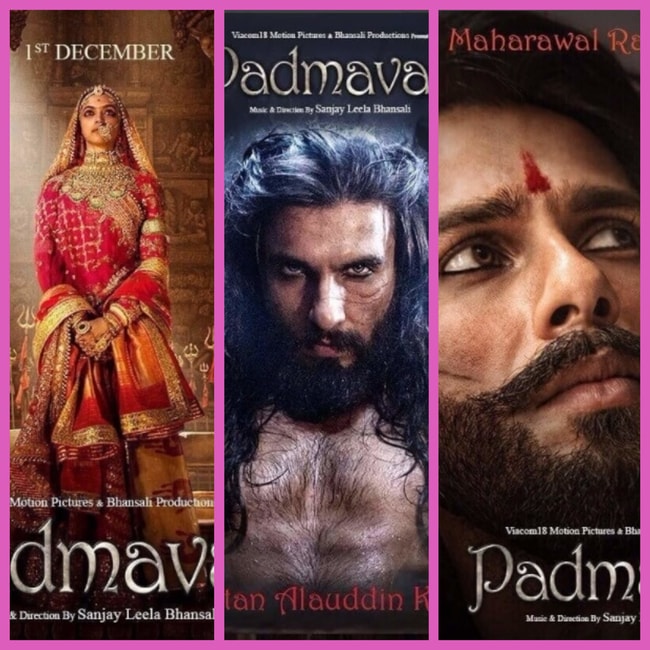 The grandeur, regal beauty and history of the country can be best expressed in visuals and when it is a magnum opus created by director Sanjay Leela Bhansali with ever-evolving and powerful actors like Deepika Padukone, Shahid Kapoor and Ranveer Singh playing the lead roles, a true magnificence is what one can expect from the director’s vision. Even the first posters of the film that were released and the trailer that was launched on October 9, 2017 was all in agreement with the vast history of the country that will be portrayed through the film. While the first look of the movie and the look of all the lead actors were shared one after the other on social media with interesting captions and during the wee hours of morning, the trailer too was launched at 13:03 p.m. today.

Reportedly, the trailer was launched at this peculiar time only to mark the battle between Sultan Alauddin Khilji (Ranveer Singh) and Raja Rawal Ratan Singh (Shahid Kapoor – playing the husband of Rani Padmini) in the year 1303 AD.

Deepika plays the queen of Ratansimha or Ratan Singh and it is because of her and the kingdom of Chittor that the war between Khilji and Ratan Singh takes place.

The trailer showcases how Raja Ratan Singh is mesmerized by Rani Padmini’s gracious beauty and Khilji’s fiery and ferocious avatar when he strikes a conflict with Ratansimha and his kingdom to acquire the land and the queen of the land. Deepika fits the bill as the royal beauty and Shahid’s role as the ruler of a massive kingdom is extraordinary but all said and done, it is Ranveer Singh in a villainous role that marks an intriguing plot, a retelling of history and an expectantly enthralling performance in the film.

Padmavati is slated for a December 1 release and has seemingly infused enough intrigue and inquisitiveness in the minds of the audience to expect a good opening.

Here is the trailer of the film: