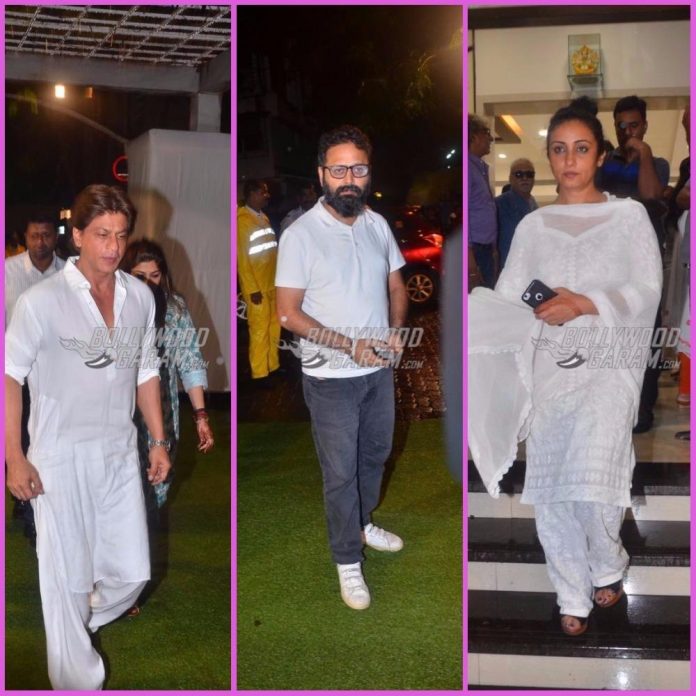 Kundan Shah was one among those who graced the special screening of the movie, Jaane Bhi Do Yaaro in December 2015.

Filmmaker Kundan Shah, known for some of the most popular films like Nukkad, Kya Kehna and Dil Hai Tumhara, passed away at the age of 69 on October 6, 2017. A prayer meet was hosted by the family members in Mumbai on October 10, 2017. Colleagues and actor of the veteran filmmaker attended the prayer meet to pay respect.

Shah Rukh Khan during the prayer meet had become emotional and shared a few words about the veteran filmmaker. The actor who had worked with Shah for the film Kabhi Haan Kabhi Naa, said, “If we have been in touch with Kundan, we know what a wonderful gentleman he was. How much he loved all of us, maybe his expressing of love was different from what people behave. For me, I don’t know how to express this. It is one of the greatest losses of my life.”

The filmmaker had last worked on the film P Se PM Tak, which released in theatres in May 2015 but could not score well at the box office.

Exclusive photos of Bollywood celebs at the prayer meet of Kundan Shah!