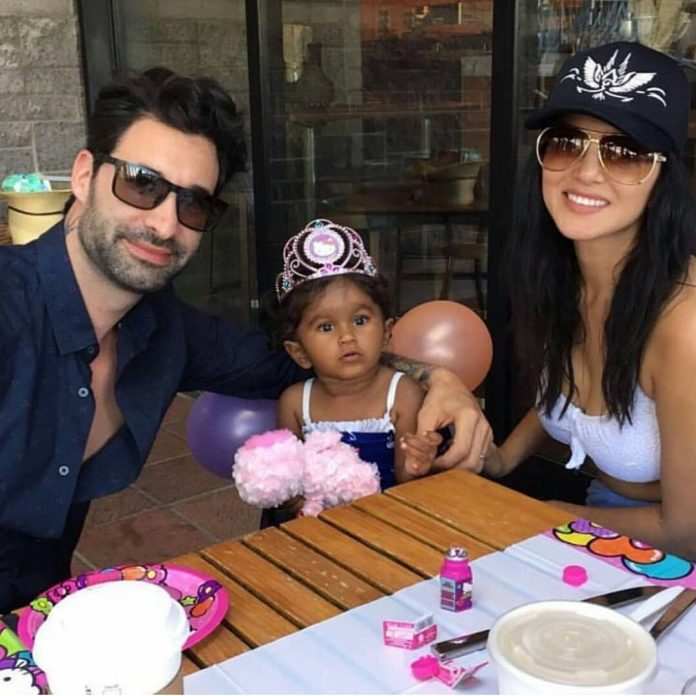 Sunny Leone and husband Daniel Weber are enjoying every moment of their parenthood with their daughter Nisha, who was adopted from a remote village Latur in Maharashtra, India. The couple celebrated Nisha’s second birthday in Arizona, USA on October 11, 2017.

A picture was shared by the couple, which showed the little one like a princess in a cute blue dress with a crown on her head. Sunny can be seen in a white bikini while Daniel is seen in a blue shirt, pants and sunglasses.

The Ragini MMS 2 actress added that she is enjoying every second of her life with her daughter and that there is nothing more she can ask for. On the work front, Sunny was last seen in the music video Loca Loca with rapper Raftaar and will soon be seen in the upcoming film Tera Intezar which is currently in the post-production stage. The actress has also reportedly signed on the dotted lines for a special appearance in a song from the film PSV Garuda Vega.