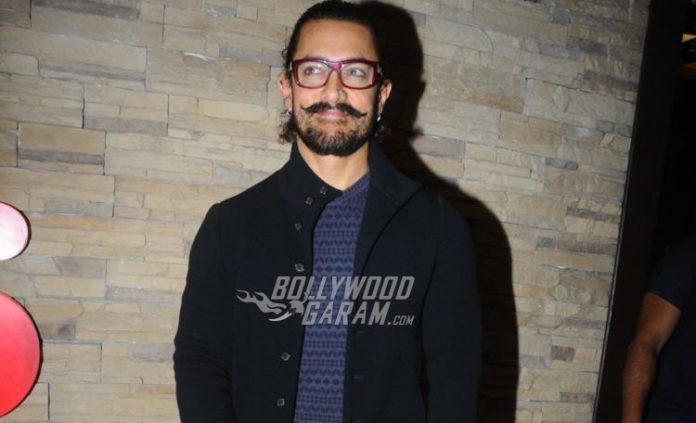 Aamir Khan has been up and about for the promotions of his upcoming film, Secret Superstar that stars Dangal’s actress Zaira Wasim

Aamir Khan who is currently busy promoting his upcoming film Secret Superstar will be holding a special screening of the film for the entire team of Dangal. Secret Superstar has Zaira Wasim play the lead role who had also played the role of young Geeta Phogat in Dangal.

The upcoming film will see Zaira play the role of a teenage girl Insia who follows her dreams to become a singing superstar despite no support from her father. Insia then starts posting videos on a video sharing site while wearing a burka and hiding her identity. Aamir in the film will be seen playing the role of a music composer who notices Insia’s talent in music.

The trailers and songs which have released earlier have received a lot of appreciation from the audience. The film is directed by Advait Chandan and produced by Kiran Rao and Aamir Khan under their production banner Aamir Khan Productions. The makers of the film are currently reaching different platforms for promotions. Aamir and Zaira were recently in Delhi where they hosted various press events and media interactions for the film’s promotions.

Going by the trailer, the film surely looks impressive and is ready to be released in theatres on October 19, 2017.