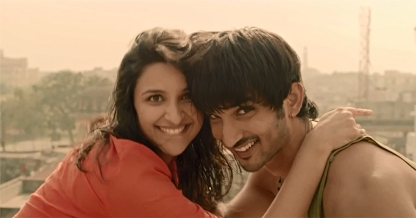 BollywoodGaram.com: Stars Parineeti Chopra and Sushant Singh Rajput recently visited the sets of the reality show ‘Jhalak Dikhla Jaa’ in order to promote their upcoming movie ‘Shuddh Desi Romance’. The movie is reportedly a fresh romantic comedy that deals with love, attraction and commitment between Raghu and Gayatri, the main characters in the movie.

Raghu and Gayatri will be portrayed by Sushant and Parineeti, respectively.

The movie is directed by Maneesh Sharma and is produced by Aditya Chopra. ‘Shuddh Desi Romance’ is all set to hit theaters on September 6, 2013 and on the same date, the movie ‘Zanjeer will also be released, which stars Priyanka Chopra and Ram Charan Teja.